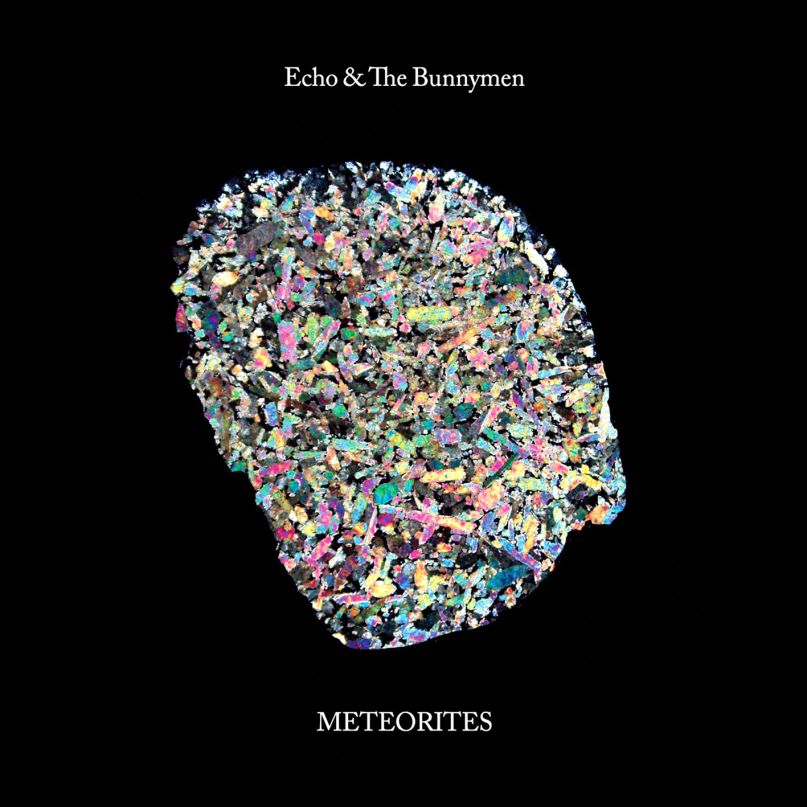 Echo and the Bunnymen have released the lead track from their first new album in five years, Meteorites. On “Market Town”, frontman Ian McCulloch’s voice rises vibrantly over shimmering guitar lines, generating waves of poppy effervescence reminiscent of the group’s crossover hits “Lips Like Sugar” and “The Killing Moon”. Still, no matter how infectious the groove becomes, or what anthemic heights the song builds up to, a deep-seated sense of cynicism exists at the core. Amid the shuffle New Wave synths and whispery harmonies, the band strategically emphasizes the song’s hollow spaces with “rallying cries” like “no survivors will be found”.

Feel the endless optimism as you listen in below.

Update: The song was initially mislabeled in the SoundCloud widget. The correct title is “Market Town”.

Meteorites is due out June 3rd via 429 records. The follow-up to 2009’s The Fountain was produced by Killing Joke’s Youth and features a lineup of McCulloch, guitarist Will Sergeant, guitarist Gordy Goudie, and bassist Stephen Brannan. In a press release, McCulloch said the 10-track album represents “what Echo and the Bunnymen mean and are meant to be — up there in heaven, untouchable, celestial, beautiful and real.”