Listen: Friendly Fires’ “Before Your Eyes”, their first new song since 2011 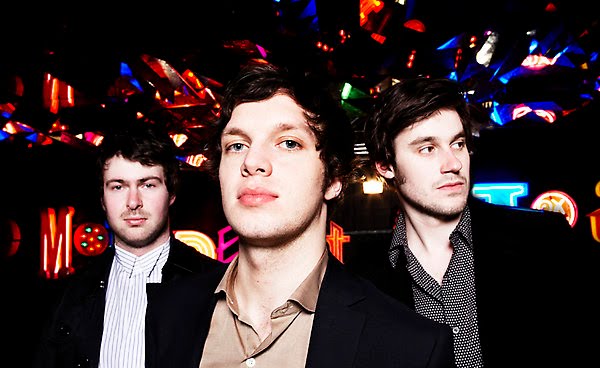 British indie outfit Friendly Fires haven’t made much noise since 2011’s well-received Pala. Today, they finally made their return with a sprawling new track entitled “Before Your Eyes”.

The song is a collaboration with the production duo of Andrew Weatherall and Timothy J Fairplay, AKA The Asphodells. “Before Your Eyes” leisurely unfurls vaguely danceable electronica over the course of eight minutes, inviting without rushing. It’s the A-Side to a 12-inch Friendly Fires and The Asphodells will release on March 31st via the band’s own Telophase Records. The flip side will contain another new song, “Velo”.

If “Before Your Eyes” seems slightly at odds with the band’s previous work, it’s really no surprise. Frontman Ed Macfarlane has said that Friendly Fires has no intention of repeating Pala’s sound. “The music – the way we’re writing and the style of it – is very different to anything we’ve done before,” he said at 2012’s Open’er Festival in Poland. “I think we’re still learning to write music in a different way. We want to write something long and expansive and drawn-out and, I suppose, a bit more psychedelic.” Well, that description certainly fits the new song.

No word yet on when another full-length might come, but you can listen to “Before Your Eyes” below (via NME).