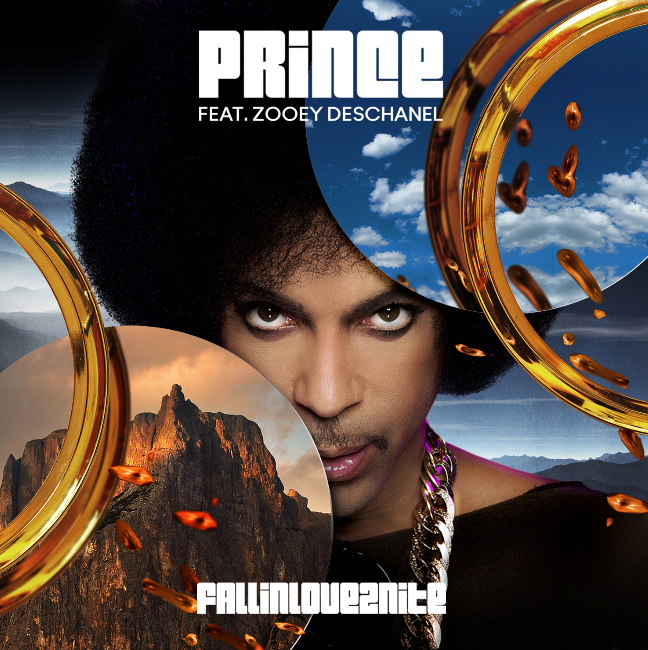 Back in February, Prince appeared on a special Super Bowl episode of New Girl, where he offered relationship advice and made breakfast for Zooey Deschanel’s character Jess. The episode concluded with Prince performing a brand new song with Deschanel at his side. Now, weeks later, Prince has shared the full-length version of his and Deschanel’s collaboration “FALLINLOVE2NITE”, which you can stream below (via Dr. Funkenberry).

Update: Check out the single’s artwork above.

As Dr. Funkenberry points out, the song was released by Epic Records. What’s more, Epic Records head L.A. Reid was spotted at a listening party for Prince’s upcoming record, PLECTRUMELECTRUM. Could this suggest that Prince, who has been working independently for the last half-decade, may soon sign with a major label? Certainly something to keep an eye out for.

Still no word on when PLECTRUMELECTRUM will see release, but there’s plenty to hold you over until then. Revisit his recent appearance on the Arsenio Hall Show, hear his new song “FUNKNROLL”, and watch this amazing performance video for “Let’s Go Crazy“.