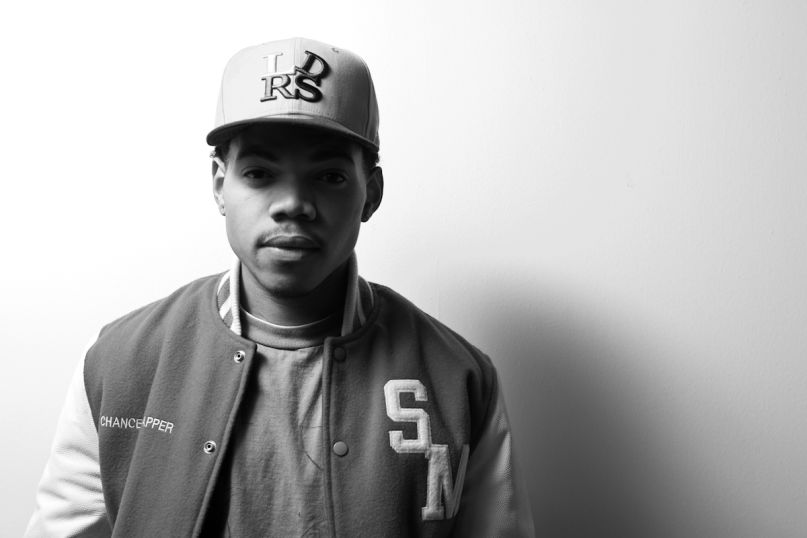 In the last week or so, Chance The Rapper has offered a peek behind the creative curtain by releasing several “rough” versions of tracks. Among those are “Save Yourself First”, an early version of the James Blake collaboration “Life Round Here”, and “Home Studio (Back Up In This Bitch)”, a song with “no vocal mix no structure” the emcee recorded at his condo alongside his live band The Social Experiment. Today, he returns with another “rough draft”, as it were, with an untitled song that was originally premiered during Tony Touch’s “Toca Tuesdays” mix show.

Because it’s not properly mastered or even titled, “Untitled” feels closer to a preliminary sketch rather than a final product. Even if it’s one large, incomplete thought, Chance doesn’t slack off for a moment, delivering an ode to his shorty with an expressive and versatile tone reminiscent of the Acid Rap standout “Pusha Man”. He even manages to reference “Ms. Jackson”, the iconic song from fellow Lollapalooza 2014 performer, OutKast.