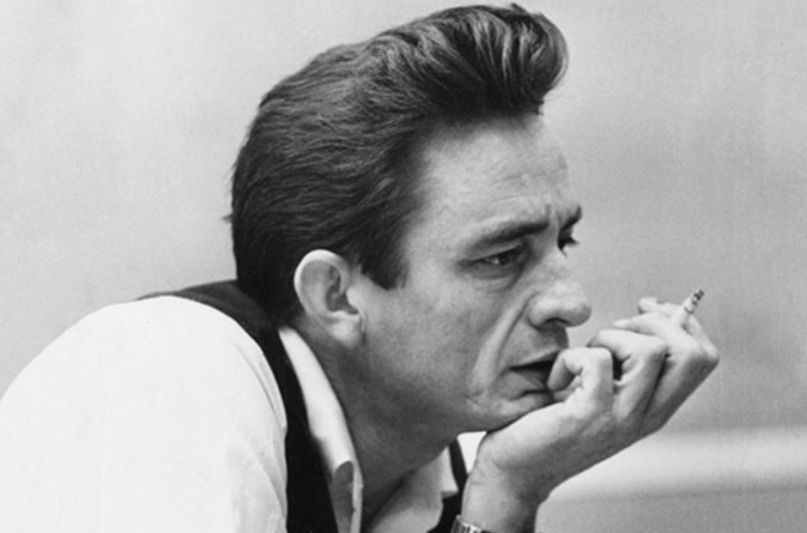 Later this month, Columbia/Legacy will release a long-lost album from the late Johnny Cash titled, Out Among the Stars. Recorded between 1981 and 1984, the 11-track collection was shelved when Cash parted ways with his longtime label home, Columbia. That means the two tracks we’ve heard from the album so far – “She Used to Love Me A Lot” and a duet cover of Hank Snow’s “I’m Moving On” with Waylon Jennings – were some of the last things the country and folk luminary ever recorded for the company.

But most of us casual listeners recognize the Man in Black from material he released early on in his career with Columbia, particularly his 1963 classic “Ring of Fire”. Originally written for and recorded by Cash’s wife June Carter’s sister, Anita, Johnny said he had a dream in which the song was accompanied by mariachi horns. Story goes Johnny told his sister-in-law that if it wasn’t a hit for her in six months, he’d record it the way he envisioned. Lo and behold, it’s now impossible to imagine “Ring of Fire” without those Mexican-style horns.

The song is more than just those horns, of course. Cash’s gruff, warm voice is as iconic as his black suits, and in this newly surfaced master vocal track, it firmly takes the spotlight. With no guitar strums or trumpets to detract them, the slight quivers Cash puts at the end of each line reverberate through your bones. Though he was only 31 at the time, the track was recorded, each vocal tremble reveals the aged soul that Cash’s legend beholds. And if you listen hard enough, you can still hear those horns playing softly in the background. Take a listen below.