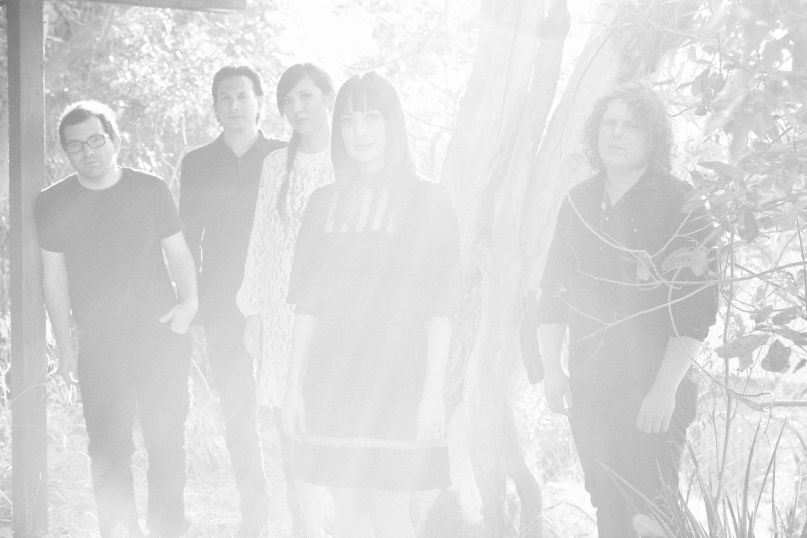 Xu Xu Fang is a California-based quintet that specializes in a darkly-shaded brand of psychedelic rock, shoegaze, and indie pop. The group proved their chops on their 2008 EP The Mourning Son, a moody collection of haunting and aggressive songs, along with impressive stints as the opening act for artists like Foo Fighters and Swervedriver. Today, they return with “Noir State Beach”, their first single in nearly six years.

“Noir State Beach” finds the band tightening up their sound while furthering the mysteriously alluring charm of their previous offerings. The song is built on a pulsating groove of driving electric guitars, spookily atmospheric synths, and clanging drums. With soothing and ethereal lead vocals, it boasts some stunningly beautiful moments amidst the chaotic build-up of spiraling, distorted guitars. Listen in below.

The song will appear on the band’s forthcoming album, which features Queens of the Stone Age bassist Michael Shuman contributing bass and backup vocals as well as mixing from Alain Johannes (QOTSA, Arctic Monkeys). It’s set for release later this year.