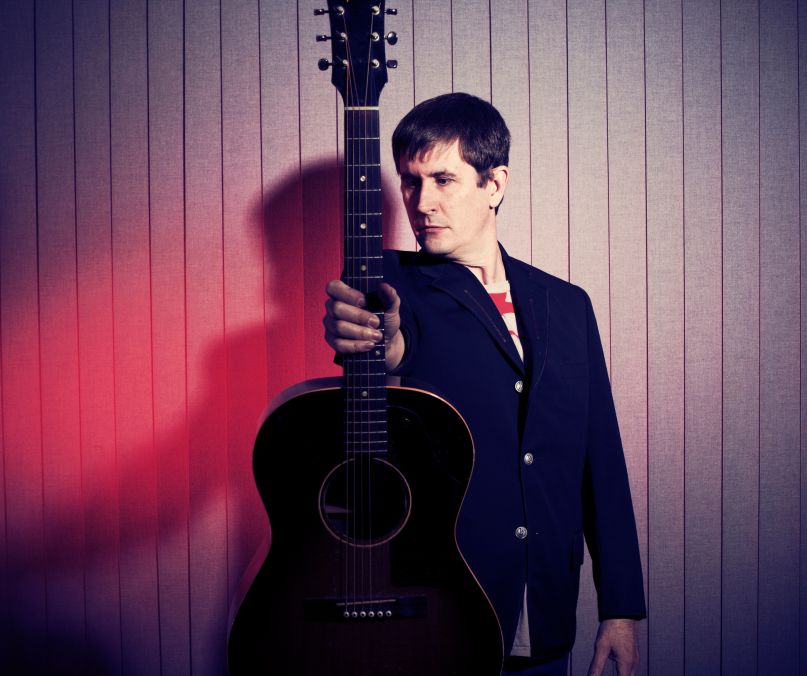 In news that long overdue, Mountain Goats mastermind and Poet Laureate nominee John Danrielle has written his first novel. Entitled Wolf in White Van, it will be released on September 30th, 2014 through Farrar, Straus and Giroux.

Amazon.com offers this description of the book:

Isolated by a disfiguring injury since the age of seventeen, Sean Phillips crafts imaginary worlds for strangers to play in. From his small apartment in southern California, he orchestrates fantastic adventures where possibilities, both dark and bright, open in the boundaries between the real and the imagined. As the creator of “Trace Italian”—a text-based, role-playing game played through the mail—Sean guides players from around the world through his intricately imagined terrain, which they navigate and explore, turn by turn, seeking sanctuary in a ravaged, savage future America.

Lance and Carrie are high school students from Florida, and are explorers of the Trace. But when they take their play into the real world, disaster strikes, and Sean is called on to account for it. In the process, he is pulled back through time, tracing back toward the moment of his own self-inflicted departure from the world in which most people live.Mountain Goats’ John Darnielle

Here’s the cover of the book, designed by Rodrigo Corral:

In addition to being an acclaimed lyricist, Darnielle has written professionally for several years. His first book, Black Sabbath: Master of Reality, was published in 2008 as part of the  the 33⅓ series. He also writes a monthly column for Decibel Magazine and guested edited the poetry section of The Mays.