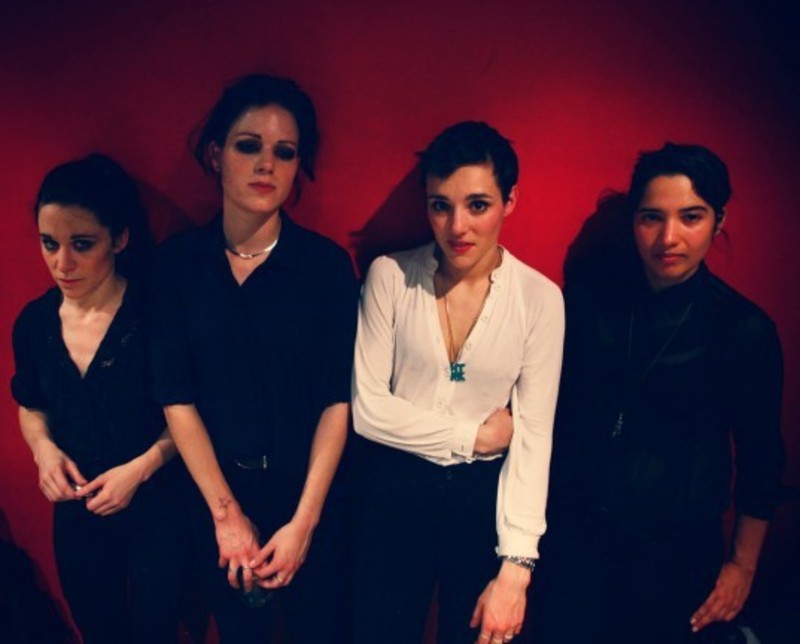 UK post-punk outfit Savages released their debut LP Silence Yourself just last May. With its cutting intensity and uninhibited ferocity, the album quickly carved out a sizable audience, landing the foursome a seemingly endless world tour while securing some hefty year-end accolades. In celebration of the album’s upcoming one-year anniversary, Savages will release a 12-inch featuring two brand new songs.

Available on 180 gram vinyl and as a digital download, the 12-inch features tracks recorded during the band’s November 6th show at the London Forum: the 10-minute “Fuckers”, which served as the raucous closer for most of Savages’ tour last year, and a “mesmeric” and “sinuous” cover of Suicide’s “Dream Baby Dream”. (Fun fact: Bruce Springsteen also covers “Dream Baby Dream”).

For a taste of both tracks, check out “Fuckers” from a February 2013 gig in Belgium followed by the Suicide cover from a recent date in Madrid.

“Fuckers” b/w “Dream Baby Dream” is due out May 5th via Matador (pre-orders are ongoing).

Below, check out the album’s cover art and insert: