Sorry, Ohio: Insane Clown Posse’s Gathering of the Juggalos has chosen you as its new home 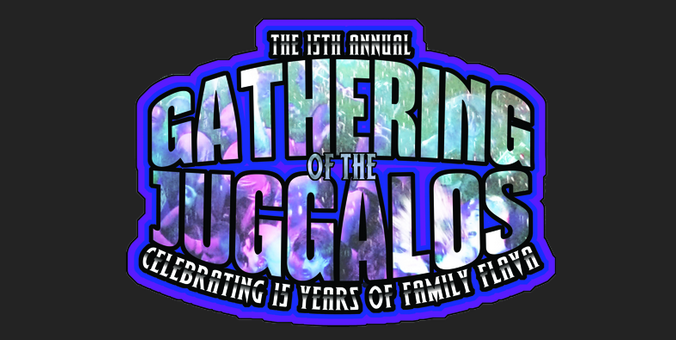 Illinois had enough of them, and Missouri didn’t want them either. Fortunately, there’s always Ohio!  After a lengthy search, Insane Clown Posse has finally found a new home for its annual Gathering of the Juggalos. The 15th annual Gathering will take place July 23rd-26th at Thornville, OH’s Legend Valley outdoor concert venue.

After seven years at Cave-In-Rock, IL, ICP had plans to move their festival event to CryBaby Campground in Kaiser, MO. Residence of Kaiser weren’t so keen on the idea, and successfully petitioned the CryBaby owners to bring down the hatchet on the Hatchet Heads. Referring to their recent run-ins with the FBI and reports of last year’s Gathering losing money, ICP said in a statement, “Some people in the community where the Gathering was to be held must have believed the nonsense because they kept saying a “gang” was coming to their town and we heard reports that some people were starting to arm themselves.”

The solution to all the Juggalo hate? Find a property owned by an actual Juggalo. Apparently, as soon as Kaiser put the kibosh on ICP’s plans, interested parties started calling and writing with offers to help. One such individual was Steve, the owner of the 120-acre Legend Valley. “Steve has actually been to the Gathering of the Juggalos before and is not buying into the media’s portrayal of what the Gathering is because he has been there,” ICP’s Psychopathic Records said in a statement posted on their website. “In other words, he has our backs and is the perfect ninja we needed to ensure an awesome, trouble-free Gathering this year.”

Legend Valley is located about 40 minutes outside of Columbus, a place Psychopathic Records says has historically been a Juggalo-friendly city. With nearby hotels, strong cell reception, and Wi-Fi, ICP is confident they’ve finally found their new Gathering home. Psychopathic’s message ended with this promise: “…the fuse for the powder keg that will be the 15th Annual Gathering of the Juggalos [has been] ignited! AND THIS TIME THERE’S NO STOPPING US!”

The label also announced that their entire roster, including former signees Twiztid and Blaze Ya Dead Homie, will appear at the fest. Tickets are now on-sale at the festival’s newly launched website.