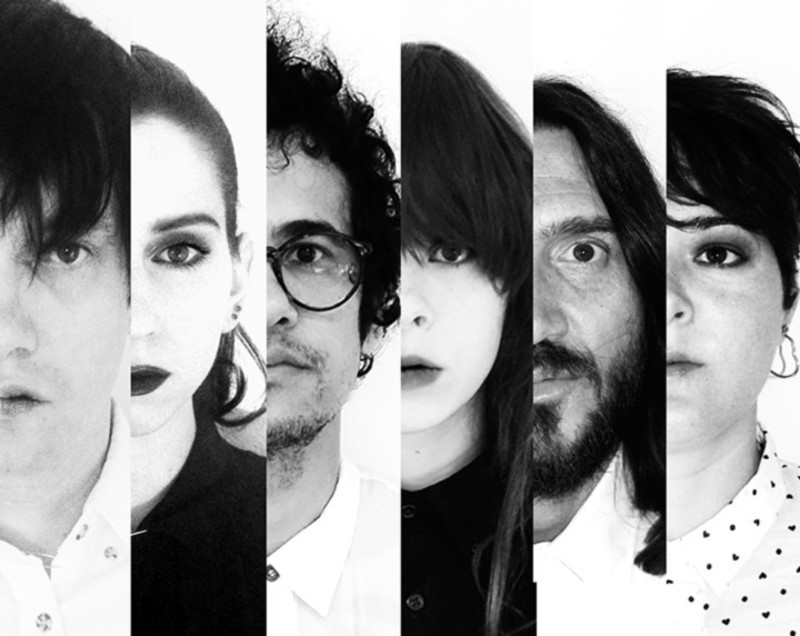 Billed as “four songs of electro/dub/afro-beat/avant-freak/jazz-like conversations of instrumental ecstasy,” Hiding in the Light was recorded and produced by Turley, who also provides bass, drum machine, trumpets, synths, and backing vocals. It’s a sprawling and wonderfully spastic effort, displaying hauntingly jarring and experimental compositions. There are backwards string arrangements from Rodríguez-López on opener “Todos Menos el Dolor”, frightening and robotic noises paired with Gender Bender’s shrieking vocals on “Las Esposas”, as well as Turley’s skittering drum machine beats mixed with organy synths on “La Vida Es Su Caja Hermosa”. All in all, the EP is a strange yet beautiful collection of progressively eclectic songs.

Interestingly, Hiding in the Light is sung almost entirely in Spanish. Speaking with Rolling Stone, Gender Bender explained the decision to perform the songs in the language: “The Spanish language is so beautiful that it has the right to be approached in any way possible. There is so much left to explore – pronunciation, etc. Because Spanish-speaking singers are strict with so many unspoken rules, I approached my mother language as if I were an alien from outer space. That was the mindset.” On the EP, that approach is evident as her sharp and biting vocals take on an otherworldly presence.