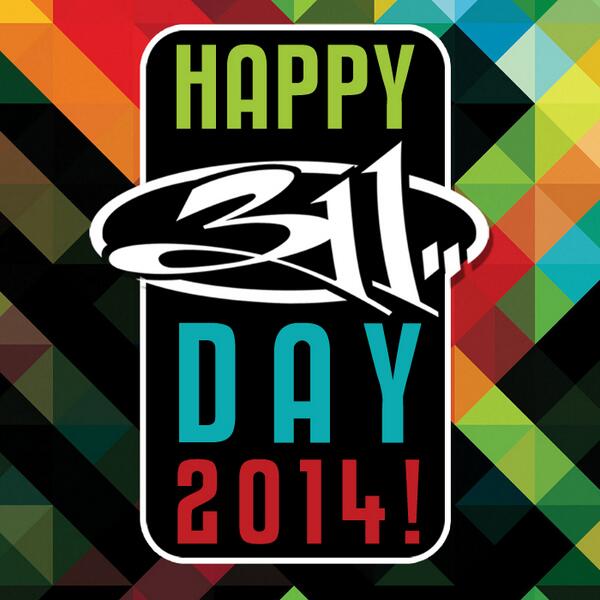 Almost every child of the 90s undoubtedly had a 311 phase. Mine was pretty hardcore: I listened to their Greatest Hits CD every morning on the school bus (“Beautiful Disaster” was my jam) and I probably saw them three or four times at the venue formerly known as Nissan Pavilion in Bristow, VA. One year for my birthday, I asked my parents for an airline ticket to New Orleans so I could go to 311 Day. Not yet knowing of Lollapalooza or Coachella, this seemed like the greatest musical mecca, five rap-rock-fueled hours of SA’s sick rhymes, P-Nut’s sick bass lines, and Chad Sexton’s sick drum solos. (At that point in my life, I also had a terrible vocabulary.) My parents didn’t let me go, so my 311 Day memories will never extend beyond the 311 Day DVD we used to burn through every Friday night.

I’d be lying if I said I wasn’t still intrigued by 311 Day. I doubt I’d ever go for fun or on assignment (Keith Sprea, you have my undying respect), but there’s something about a band playing 60+ songs over five hours that’s worthy of our attention. Aside from Springsteen or Pearl Jam, there aren’t many acts who can claim such a feat. Which is why even now I keep a watchful eye on the day’s activities.

So here’s a look at the 66 songs 311 played for 311 Day 2014 (via Setlist.fm). It included several live debuts, rarities, greatest hits, and songs from their new album Stereolithic, with accompaniment from the Rebirth Brass Band, an orchestra, and a drum line. All in all, the show consisted of three separate sets, with two intermissions and an encore. When it was all said and done, the band was on-stage playing their instruments for a total of four hours and twenty minutes.

Check out the full setlist, plus a fan-sourced video montage of the day’s festivities, below.