Your paint-by-numbers guide to the year's most hellish week in music. 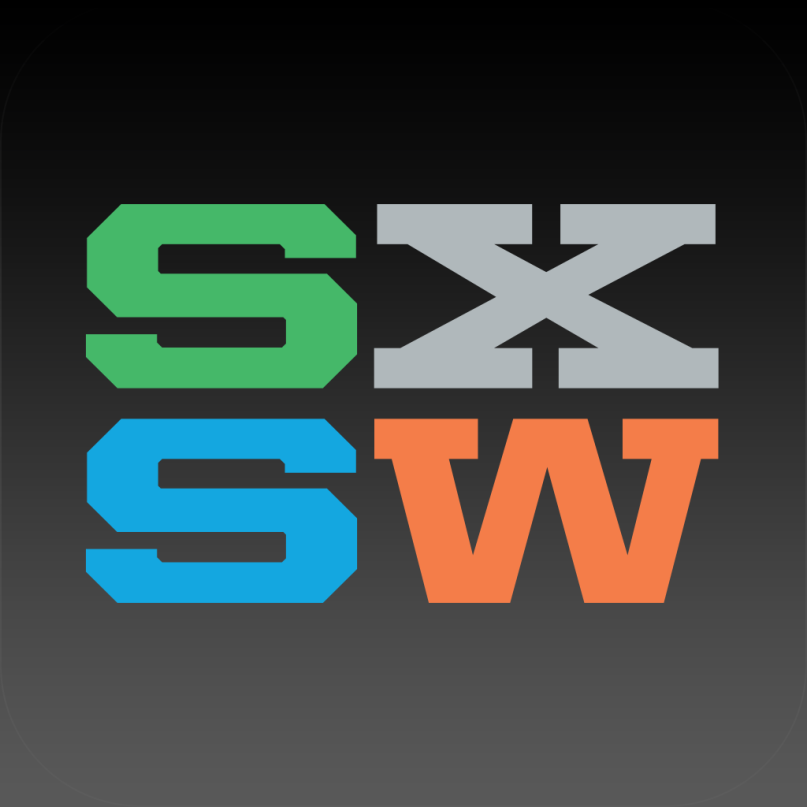 ifc”There are two of you, don’t you see? One that sleeps… and one that parties.”

It happens every goddamn year: the Austin anxiety. The smell of cheap beer, rotting taco meat on the city streets, hand a hangover with the emotional weight of childhood trauma. Stumbling, mumbling, and rumbling, you head into South by Southwest each day with only one thought, What’s next?

Because the annual conference-turned-clusterfuck squeezes the music industry dry until every artist decides to buckle up and drive/fly/teleport/Skype down to the Texas capitol… there’s so much going on that even your Google docs tell you to piss off. Ideally, you’d just hit up whatever’s next, but here’s the thing: Whatever’s next is never good enough.

More, more, more. Me, me, me. Mine, mine, mine. Now, now, now. It’s a greedy week of entitlement, but if you’re clever enough to jot down a few notes and just go in with the expectation that you’ll be humbly deaf, severely constipated, and slightly bleeding at the toes — well congratulations, you’re a veteran and come next year, you can say: “I was in the shit.”

So, yeah, god bless these parties.

Presented by The Hype Machine, CoS

What is this? Maybe we’re a little biased (ahem, check out our Wednesday party here), but the Hype Hotel is always a solid choice to spend at least a fifth of your South by Southwest experience. The sites this year have put together a good mix of bigger names (Chromeo, Against Me!, London Grammar, etc.), in addition to up and comers like Banks, Trust, RAC, and more. Plus, as they’ve done in years past, organizers have had the wonderful foresight to choose a nice, cozy indoor venue free of mud, rain, or searing heat.

Best Bang for the Broke: There’s a crucial difference between a lineup full of good, buzzy bands and a lineup full of bands that have been expertly curated. The good and buzzy bands may prove to be crowd-pleasers, but the curated roster is one that offers artists worth a long-term investment. That can include remix outfit RAC, wunderkind producer/DJ Saint Pepsi, the soulful Banks, and psych-pop band Holychild, among others. If nothing else, though, you should definitely stay for the Tito’s vodka and free Taco Bell.

Presented by Swearing at Motorists

Where? The Lost Well

What is this? Vintage indie rock duo Swearing at Motorists are the kind of band that can drop “How’s your mom?” into a song and still sound genuine, sweet, and infectious, yet cool without being cloying. So, when they send out a call to play their SX day party, they’re going to have some cool friends answer, including R. Ring (with The Breeders’ Kelly Deal) and former Guided By Voices bassist Jim Greer’s new band, DTCV. They know some upstarts too, though, as evidenced by the inclusion of jangly lo-fi poppers Motel Beds and garage punks Tweens. And here’s to hoping they’ll make prints of that VU/tortilla-referencing flier.

Best Bang for the Broke: Though it feels sacrilegious to not opt for S@M in this spot at their own show (and trust, it hurts), quirky indie rock duo Schwervon! and their bouncy, harmonized goodness might just steal the show.
Come for the positive vibes, stay for the TACO TRUCK.

Presented by The Wild Honey Pie and Pretty Much Amazing

Where? Cheer Up Charlie’s

What is this? Besides bringing us seemingly all of our favorite podcasts, the good folks at Squarespace (along with The Wild Honey Pie and Pretty Much Amazing) are bringing together hitters like Oberhofer, Miniature Tigers, and Pure Bathing Culture for this day party. Beyond the strong lineup, food and drink offerings include the excellent Steve’s Ice Cream and Dobel tequila. Plus: “hugs from the Squarespace folks.” So, if you’re looking for your opportunity to check out some tunes and give a bear hug to some techies who help you listen to Who Charted?, this is it.

Best Bang for the Broke: The Wytches have been making noise in the UK for a couple of years, and they should continue to do just that with their doom-tinted surf and garage tunes. Come for the Lärabars, stay for Kishi Bashi’s violin acrobatic.

What is this? Show up for some of the East Coast’s finest garage rock, stay for the mysterious acts billed only under their spy names. Like, who could Mute Benny be??

Best Bang for the Broke: Free brews from Brooklyn Brewery.

What is this? In year’s past, IFC have put on some pretty impressive showcases. What this year may like in immediate star power, though, it makes up for with some rather promising up and coming bands. So, while you may be there just to see a Hold Steady, the trip should be plenty worth it thanks to performances from the likes of Meg Myers, Temples, Bronze Radio Return, and more.

Best Bang for the Broke: Not only is there the promise of new bands to champion, but IFC’s transforming the whole of Austin’s Palm Park into a massive carnival/state fair. So, enjoy a little indie rock from Bronze Radio Return and Jeremy Messersmith, chow down on food from three totally awesome food trucks (Coolhaus, Slab BBQ, and Chi’Lantro), and then beat your bestie in a burlap sack race.

Who? AraabMuzik, The Range, People Under the Stairs, Hellfyre, YC the Cynic, The Pains of Being Pure at Heart, Weekend, La Luz, Tony Molina, and Bully

What is this? Come to take a break from Fender after Fender with The Range and AraabMuzik, stay because the golden git tones of Pains and Weekend won you over anyway.

Best Bang for the Broke: Dunno, maybe none? The music will be good; what more do you need?

What is this? Consider the House of Vans the everyman’s FADER Fort. In addition to much less lengthy wait times, there’s a shared sensibility between the two annual parties. Even if they’re not booking the same acts (though it has actually happened in year’s past), there’s the same sense of cultural inclusivity. In just one day alone, the locale will feature the noise-rocers Eagulls, dance-pop princess Charli XCX, and the stylings of Pusha T. Toss in never having to venture outside the pristine walls of the Mohawk, and it’s a surprise more people aren’t standing outside for hours at a time just to get in.

Best Bang for the Broke: Toronto punks Fucked Up are rolling out a new album this year, so expect their new set to feature some blistering new material. Plus, acts like Dum Dum Girls, Cloud Nothings, EMA, Phantogram, and Warpaint, among others, are touring in support of their soon-to-be or just-released albums, which means we get a front-row seat to new stage shows/setlists. Come for the new music, stay for the inevitable fist-fight for limited free shoes.

Presented by Exploding In Sound

Where? Hole In the Wall

What is this? Exploding In Sound Records follow through on their promise to make “life that much noisier” with an all-day affair at the Hole in the Wall. While the party’s not all that close to the festival’s Sixth Street hubbub, the 25+ band lineup (spanning lo-fi, punk, alternative, and more) is more than worth the trek. Plus, um, by Friday afternoon — when your blood is basically made up of 50% Lone Star — the last thing you’ll likely want to deal with is the Sixth Street hubbub.

Best Bang for the Broke: Did we mention there’s more than 20 bands? Come for the shindig’s awesome name alone (c’mon, “The Glorious Hole”!), stay for the raucous of EIS’ flagship artists Speedy Ortiz, Pile, and Grass Is Green.

Where? Cheer Up Charlie’s

What is this? Come for Psychic Twin’s perfect lo-fi pop and mr. Gnome’s ceiling-cracking psychedelics, stay for Eternal Summers’ foggy nostalgia and Those Darlins’ sweet Nashville rock (and also their roll).

Presented by Pretty Much Amazing and Danger Village

What is this? Music blog Pretty Much Amazing and PR company Danger Village have teamed up to curate two stages full of buzzy and likely soon-to-be-buzzy acts. From the smoldering electro-pop of Denmark’s MØ to the expert hip-hop mash-ups of Chicago’s The Hood Internet to the lush, layered vocals of Bay Area up-and-comers Cathedrals, there’s bound to be something for everyone.

What is this? The Austin Psych Fest boasts one of their best lineups yet, and rather than rest on those laurels, they’ve doubled down with a deep, three-stage lineup. Whether you prefer your psychedelia akin to the expansive, warp speed compositions of ex-Emeralds experimentalist Mark McGuire, the sweetly swirling Casket Girls, or the drunk/twisted garage rock of The Black Lips, this one’s got you covered.

Best Bang for the Broke: The arty, concussive, prog-friendly Yamantaka // Sonic Titan know how to put on a show. They bring the noise on headbang-ready jams like “One” and the face-painted intensity is contagious. Come for the mind-warping jams, stay because you’ve been psych-droned into worshipping Cthulhu and/or you’ve ingested too many psychedelics.

What is this? Year after year, Fader puts up its own little castle of music for SXSW. The line to get in can be excruciatingly long (trust me, I’ve waited in sticky mud/scorching heat/pounding rain), but once you’re inside the fortress, there’s no real reason to ever leave. The Port-A-Potty situation might get a tad gross later in the day, but with food, free booze, shelter from the elements, and oh yes, HOURS of A-list artists from genres far and wide, you might as well set up that AeroBed and call it your second home.