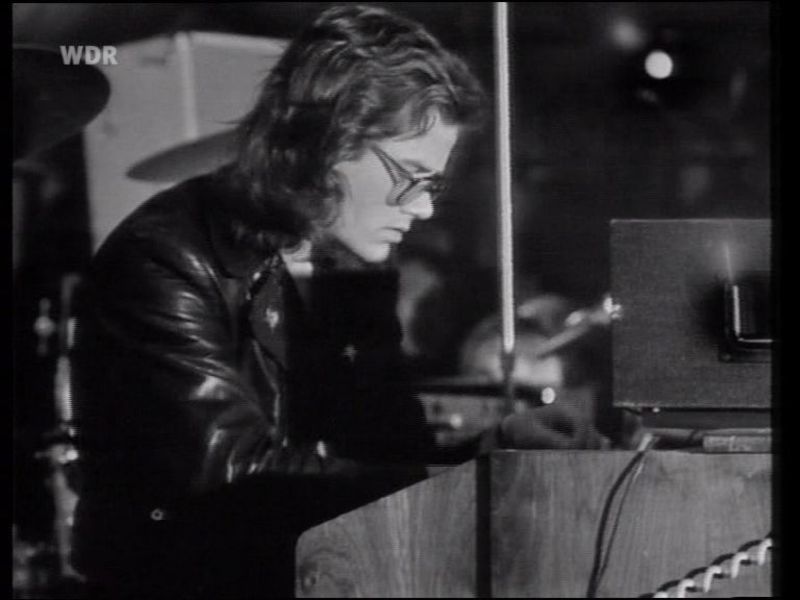 As is the case with KISS or The Ramones, there’s a set uniform and aesthetic innately attached to Kraftwerk: red shirts, ties, and slacks. Still, they couldn’t have always dressed like they worked at the same electronics store, right? There had to be a period in their history when they were working out the creative kinks. Now, thanks to rare footage unearthed by Dangerous Minds, we get a look at the group’s earliest incarnation as seen via their television debut.

In the winter of 1970, Kraftwerk, who had just formed earlier that year, appeared on the German music show Rockpalast. As it is one of their most early appearances, the band looks wildly different than their iconic image. Not only are they rocking long hair and leather jackets, but the lineup itself might be entirely unfamiliar. Here, founding members Ralf Hütter (playing organ) and Florian Schneider (on the flute) are joined by drummer Klaus Dinger, who would depart the next year to form NEU! alongside Michael Rother.

More than looking like a Deep Purple cover band, Kraftwerk’s sound is leagues away from the “severely teutonic synth pop” they’d become known for in the late ’70s/early ’80s. Though still decidedly Avant garde, their music is a distinct version of very early proto-punk, utilizing jagged, almost angular keys that alternated between chirps and wails, rather menacing drum parts, and a flute was more grating then light and soothing. The “sweet and wistful” Tour De France this was definitely not.

Here’s some more background info on the performance from the German public broadcaster Westdeutscher Rundfunk (translated via Google):

In 1970 – its founding year – were Kraftwerk, although already an avant-garde band, their sounds were still exclusively handmade. In songs like “jiffy” or “Stratovarius” they experimented with distorted sounds of flute and Hammond organ. But the monotonous beat and cool arrangements foreshadowed, in which direction their sound would develop only a few years later.

Rockpalast shows for the first time the Soest concert from 1970 in full length at the power plant as a trio (Ralf Hütter – Hammond organ, Klaus Dinger – drums, Florian Schneider-Esleben – Flute) occurred and astonished faces left behind. An absolute rarity then, and a treat for music fans.

Watch the complete hour-long performance below.

Kraftwerk has also expanded their world tour, and you can consult the full itinerary below