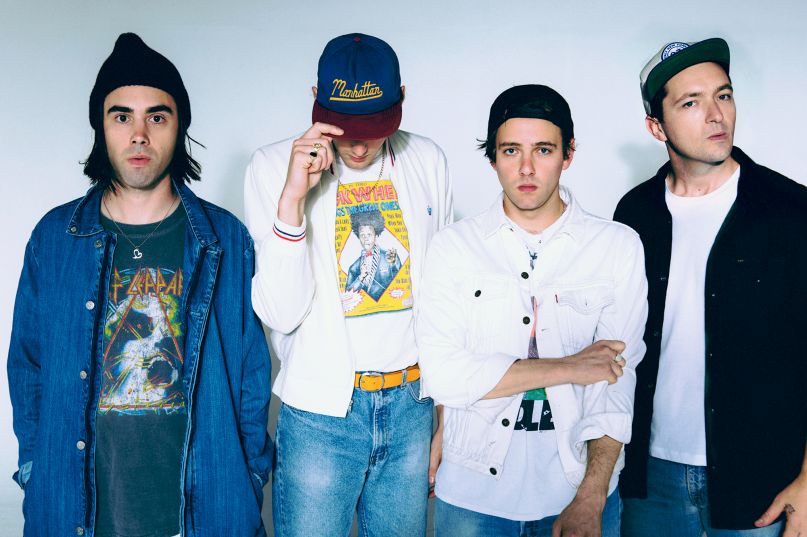 Watch as the band performs two stands-outs from their recently released debut album MANHATTAN: the rollicking “I Wanna Dance (But I Don’t Know How)” and the more anthemic “Schemers”. A capable representation of the band’s stage show, the performances prove to be as loud and chaotic as they are impassioned and emotionally moving.

For the Q&A portion, the foursome (Michael Ian Cummings, Noah Rubin, Joshua Hubbard, and Dan Burke) discuss the band’s origins, their interest in R&B, their thoughts on the madness that is SXSW, and much more.

Watch each of the videos below.