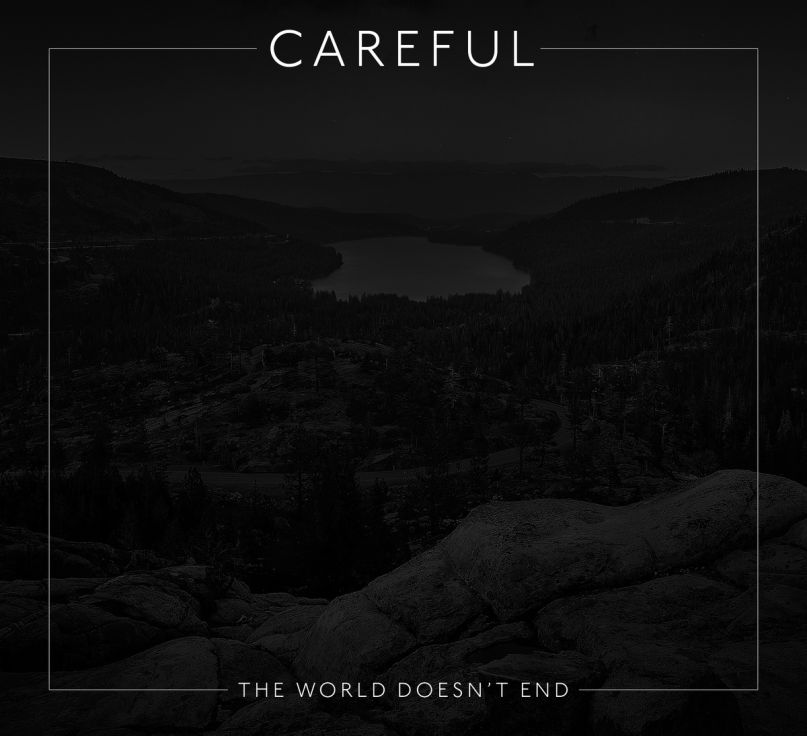 Eric Lindley listens to pop music closer than most of us. Take “The World Doesn’t End (Part I)” from his new album as Careful: A fake synth bass line bounds under a twinkle of bells, the drums come cheap and clipped, and then Lindley sings through a tinny, high filter — the inverse of what, say, Lorde is doing right now by pitching her voice down into a throaty muck. The song blossoms into a refrain that pirouettes on the line, “I can’t believe that your body doesn’t disappear when you die.”

Lindley makes music, but he’s also something of a programmer, building robots and vocoders from scratch, and this intersection gives him the perfect vantage for his eerie insight on the online condition. The World Doesn’t End has the kind of album title that implies its own opposite and then makes you wonder which would be more awful: a quick blast of apocalypse or a long yawn of immortality via machine. “Our future is looking bright as teeth,” he sings on opener “Didn’t He Die?” — a promise and a threat in one.

Like Careful’s 2010 Oh, Light, The World Doesn’t End glances off the current pop moment with stunning gestures from a quiet outsider. Lindley’s lyrics have always been challenging — his last album, Because I Am Always Talking, took its name from a Robert Creeley poem, and the words strung along his songs do aspire to the complexity of experimental poetry. Here, though, there’s more grip to the music. Guitar arpeggios mesh with rashes of synth and the omnipresent haunt of Lindley’s many voices. On the seventh track, “This Isn’t It”, he even veers into the dominion of Crystal Castles for just under two minutes, a break that leaves the slate clean for the record’s chilling final act.

“Unicorn”, the climax to this tough knot of a record, is a grower, a hopeless, pretty puzzle that seems to long for death in its bones. Like all the best Careful songs, this one is better absorbed without trying to assign a unified story to the lyrics. Let words be words and go from there. But the album’s final rasp, “Three Little Devils”, leaves little room for ambiguity. This is the sound of the glitch in the system; this is what Heartbleed would sound like if it could sing. Code does break, but not in the way we’re used to our own bodies breaking. One little coding error and suddenly the past two years of your passwords have been open to the world. Maybe the anxiety around the web isn’t that it never breaks, but it could be broken at any time and we wouldn’t know. A perfect facade might glow right up until the point it goes dark. The world ends and it doesn’t. Lindley doesn’t supply answers, but with this album, he’s given us one hell of a warning.