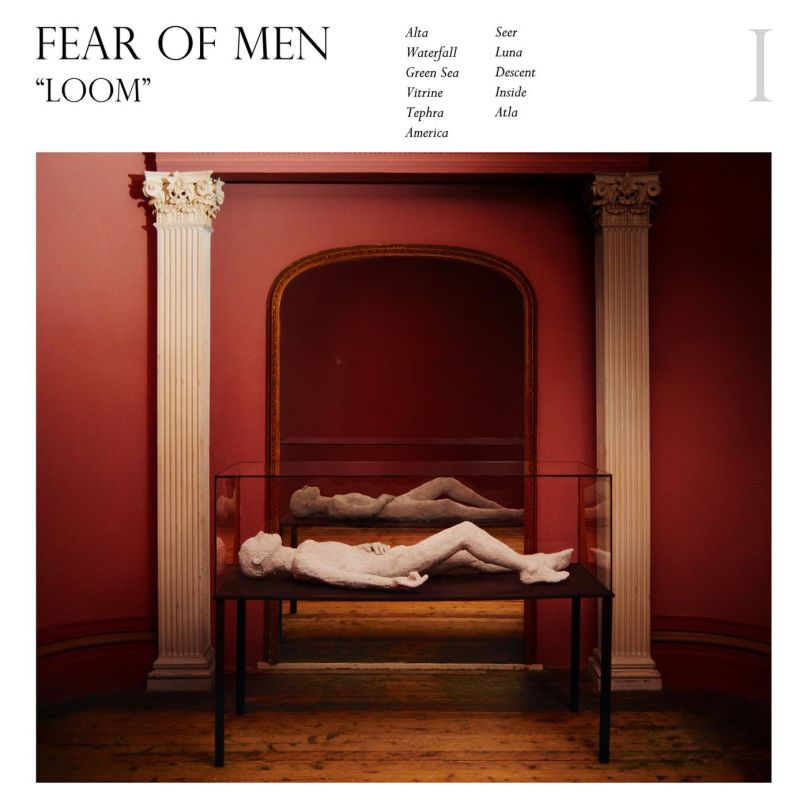 At the intersection of light and dark, dreams and waking, art and music, there lies Fear of Men. This might sound overly dramatic (cue chipmunk), but it’s some serious stuff (seriously). The U.K.-based quartet is confusing, even contradictory at times. How could something so floaty be so dour? How could a voice so ethereally gorgeous express such existential sentiments? The key seems to be in art and riding the line between sweetness and despair; there’s a duality here, and it’s present throughout Fear of Men’s debut album, Loom.

These indie popsters formed in 2010, unsurprisingly, at an art exhibition. Jessica Weiss’s short film soundtracks were on display, and fellow student Daniel Falvey took note. The duo has since expanded into a Brighton-based quartet, and it’s clear that art still touches everything Fear of Men does: They create their own artwork, produce their own music, and direct their own videos. For example, the video for Loom single “Luna” is inspired by the work of artist Marina Abramovic. The two are connected like a bow and arrow; the farther away they lean from each other, the more taut the bow becomes — and it’s pointed straight at Weiss. Lush waves of sound create a pretty, dreamlike atmosphere, which contrasts with the despondent, repeated lyrics, “You are unbearable memories when I sleep.”

Sleep is another recurring theme. Even the way the album starts evokes slumber. Soothing opener “Alta”, which begins with the lyrics “Baby, sleep with me now,” seamlessly flows into the appropriately named “Waterfall”. It’s reminiscent of the transitory moments between sleep and waking, when thoughts become strange and blurred. Accordingly, in an interview with Northern Transmissions, Weiss remarked that “Alta” came to her “fully formed” as she was falling asleep. “Green Sea” also rides the line between waking and dreaming, opening with “Fall asleep in the green.” The progression evokes a feeling of uncertainty — that you’re not sure if you’re conscious or not — and this may be thanks in part to Fear of Men’s nighttime recording sessions. It’s disorientation through melody.

More of this line-straddling comes through in Fear of Men’s focus on the personal. Weiss touches on the hopelessness of love; the album is deeply melancholy. Midway through Loom, on the breathy, delicate “Vitrine”, Weiss croons, “Shadows are swallowing me/ And I don’t know what to do.” Subsequently, “Tephra” begins with the lyrics, “I sink like a stone with your weight upon me.” At the same time, the tempo is upbeat, the verses peppered with shimmery oh-ohs. It’s hard to grasp the impact of these tormented sentiments in such sublime soundscapes.

The album ends incredibly connected to where it started: with a track called “Atla”, its name the exact mirror of the opener. These songs are two of the most understated moments on the album; both could be lullabies. With that, we ironically exit the high-contrast world of Fear of Men … and things seem real again.