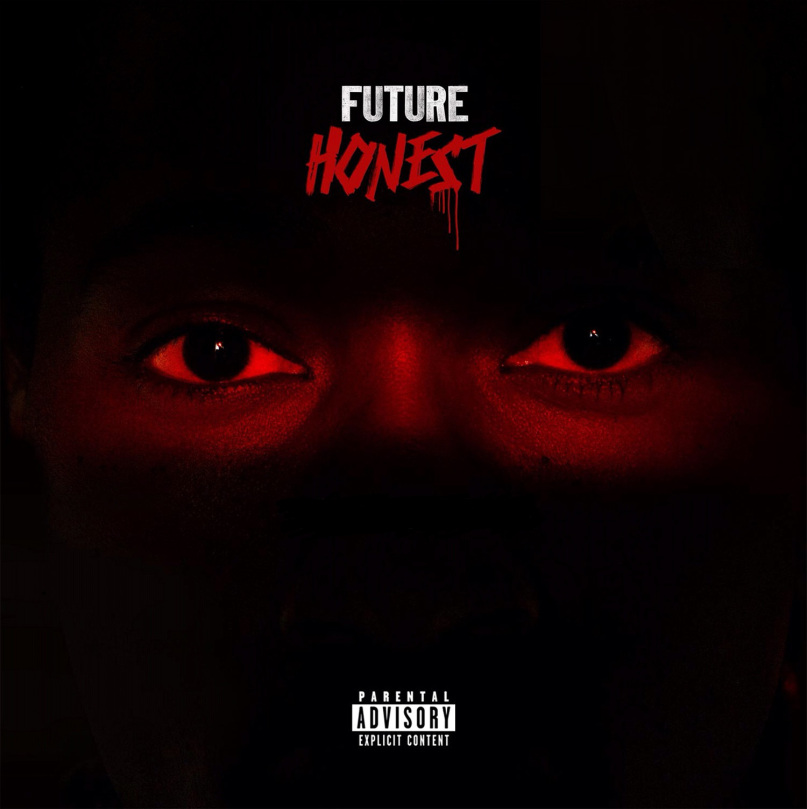 It’s been a long, tumultuous journey to Honest, the album formerly known as Future Hendrix. When Nayvadius Cash announced the original title for his highly anticipated sophomore release in the summer of 2012, few would’ve expected a 22-month rollout, one that included an engagement with R&B songstress Ciara and a slew of successful features like Rocko’s “U.O.E.N.O.” and Ace Hood’s “Bugatti” — records his massive presence dominated. Within that same span of time, Honest executive producer Mike WiLL Made It became the hottest commodity in rap and was named SPIN’s 2013 Artist of the Year. In the interim, Mike WiLL referred to Future as a legend in the same breath with Jay-Z, and such uncharacteristic reverence is a derivative of their apparent synergy: the two have a flawless chemistry that stems directly from a deep, intuitive understanding of one another. It’s only fitting, then, that Mike WiLL, Future’s sonic spirit animal, has helped bring to life his most intimate sensory experience.

Though he later said he was misquoted, the original controversial Billboard interview found Future confessing that, with Honest, he “want[s] to make you fall in love.” Controversial because the comment came at the expense of fellow renaissance man and megastar Drake. True or not, that attention-grabbing line, which led to the Freebandz signee getting kicked off a tour with his more finessed Canadian counterpart (before subsequently rejoining), fits in with other elements of Nayvadius, the man and the musician. He is highly invested in his own emotional integrity, even if it means occasionally disregarding rap’s masculine tropes, and he is, yes, honest, perhaps uncompromisingly so. Future’s sophomore LP is a raw interpretation of his heartfelt musings filtered through an audio processor and laid bare at the intersection of trap rap and synth R&B. It’s a fascinating foray into alternative trap that ambitiously pushes the limits of self-expression and transmission.

Honest knows exactly what it is — a conduit for Future to articulate his rawest feelings, whether they are materialistic, chauvinistic, altruistic, romantic, or egotistic, and it peruses motifs both cliche and novel in an unapologetic way in order to convey his most profound expressions of self with the same intensity and passion with which he originally felt them. “Was it cold nights that made me cold?/ Did the stress increase my hunger?/ Tell a lie, then make a promise?” he openly ponders during the sole subdued moment in the album’s guitar riff-driven intro, “Look Ahead”. And you can almost feel that cautiousness in his tone. On the Drake-featuring “Never Satisfied” (which lasts the length of a typical interlude), he prattles on about his exponentially growing success before spouting, “My pain still running deeper than the ocean.” Each song on Honest emotes in a way that is either vaguely accessible or painfully familiar and does so beautifully, making it a stunning emotional success.

While Pluto explored the depths of Future’s gritty, spacey Auto-Tune rap aesthetic, Honest peels back layers of emotional context, narrowing in on what truly makes his raps so compelling: the duality and sincerity of his character. On the one hand, Future is a street rapper, a trapster raised directly under the tutelage of Rocko and Gucci Mane, holding his AK like it’s a nina, with a recipe that can’t be televised. On the other, he is superbly expressive, finding the range to croon in a crackling, jarring falsetto. His wishboning makes for magnificent theater, as he strays between relentlessly bristling trap jams and gut-wrenching ballads.

That said, the most transfixing moments of Honest improve or subvert that formula. The title track, produced by Zaytoven’s heir apparent, Metro Boomin, and local stalwart DJ Spinz, is constructed like a grandiose love epic, yet Future flips the script and rattles off one braggadocios quote after another. “Name another nigga hot, I’m just honest/ Gold bottles on bottles, I’m just honest/ 100,000 on watches, I’m just honest/ Coupes all on coupes, I’m just honest,” he warbles, and it’s transcendent despite being confounding. “Blood, Sweat, Tears”, which closes the album on a particularly emotional note, may be Future’s most exceptional vocal display to date, and it comes in a moment of sheer gratification: after putting everything into his art, he is seeing a huge return on investment.

Future has opened the door for a host of other trappers that have discovered Auto-Tune: Young Thug, Rich Homie Quan, and Zach Farlow to name a few. And though many possess varying degrees of charisma, none have been able to duplicate his magic. “You aint even tryna be special/ I thought you was so unspecial,” he spits nonchalantly on “Special”. In a class of eccentrics, Future stands alone as the most dynamic.