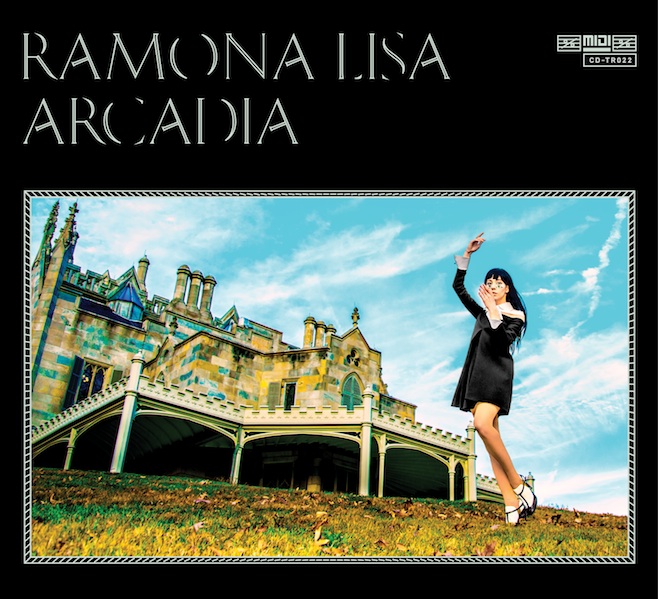 Spoiler alert: Ramona Lisa is Caroline Polachek. Passersby may recognize her as frontwoman of Chairlift, the Brooklyn indie pop outfit who turned eyes and ears with their critically-acclaimed video for “Evident Utensil” and Apple-favorited single, “Bruises”. Now, under a moniker that taunts the “most written about, most parodied work of art in the world,” Polachek returns with Arcadia, a solo debut instilled with conspicuous comedic intentions. The whimsy of “Izzit True What They Tell Me” playfully encapsulates the album’s focus on travel, the smooth on-the-road songwriting, and its laptop vocal recording.

Polachek, overlooking Rome, conceptualized a texture for Arcadia, wanting “this type of electronic music to feel as organic as what [she] was seeing.” Accordingly, the sounds of the record are purely electronic, produced by Polachek herself on her laptop throughout touring and travel (track titles include “Getaway Ride”, “Avenues”, and “I Love Our World”). Through the record’s lo-fi, glazed-over feel, Polachek succeeds at putting out what she intended: a collection of tracks fueled by an underproduced mysteriousness that bolsters her already strong comedic tendencies.

Despite the album’s blueprint, it’s almost precisely that feeling of underdevelopment that breaks down the record into something weaker than it could’ve been if Polachek’s tastes were more apparent. Still, the sonic results are fascinating even if the album isn’t exactly revealing. The quirky new aesthetic found here is warming, even with its occasional lack of emotion and breezy experimentation.

Even if the record underwhelms as a whole, it retains some beautiful moments, as well as some elements strongly reminiscent of Chairlift (pop tracks like “Backwards and Upwards” and “Lady’s Got Gills”). With its romantic and nostalgic piano and buzzing undercurrent, “Hissing Pipes at Dawn” is the Chairlift departure that feels like a slow night in Italy, or at least what someone who’s never had the experience might imagine it to be like. And that’s where Polachek hits home with Arcadia: exploring musical moments that allow the listener to momentarily ease through the world without leaving their home.

Essential Tracks: “Backwards and Upwards”, “Lady’s Got Gills”, and “Hissing Pipes at Dawn”