TEEN – The Way and Color 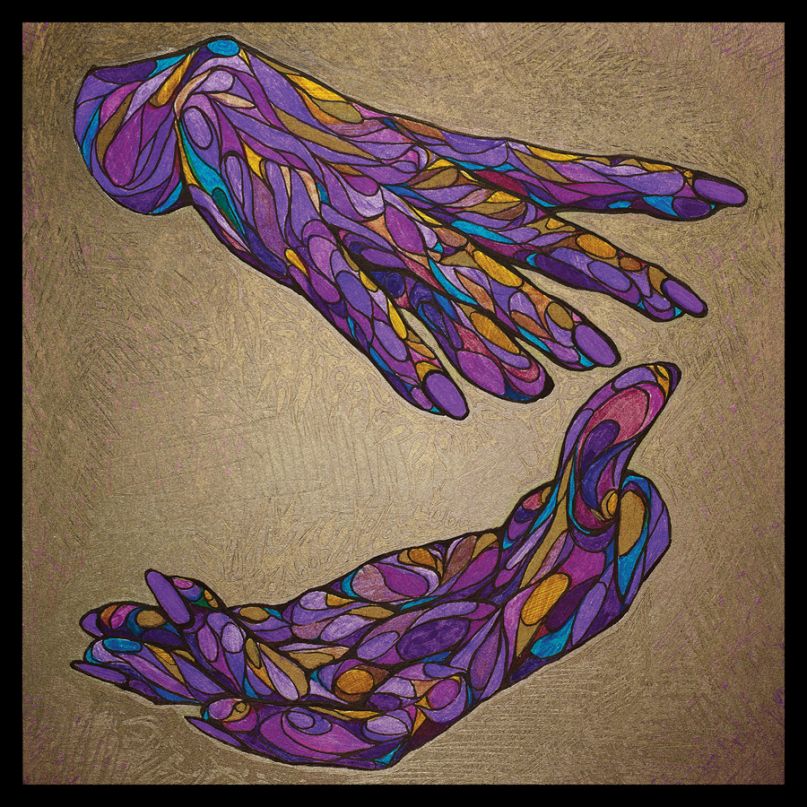 It’s easy to get lost in the clockwork of TEEN’s new album. The harmonies produced by the Brooklyn band don’t just dress Teeny Lieberson’s lead melodies; they lock into them like two gears meshing. Each song on The Way and Color propels itself forward with uncanny precision, eschewing the scuffed-up charm of contemporaries like HAIM in exchange for crystalline R&B smoothness. It’s a slick and glossy record, even at its most unhinged.

There’s a tendency among critics to try to locate a readily available emotional core inside music made by women. TEEN make music slippery enough to resist that facile pinpointing of feels. Wearing a bright candy shell over its thick prog muscle, The Way and Color navigates emotionality without ever giving itself away. There’s certainly feeling at the root of the album, but it doesn’t concern itself so much with being a vessel for emotional tangles. The lyrics feel like footnotes, except when they sneak up on you, like on “Tied Up Tied Down” when Lieberson admits, “Maybe I’ve mastered the art of being left behind.” But the bottom line is the music, its machinery and the way it moves.

TEEN reach wide to sculpt their sound. The end of “Breathe Low & Deep” veers into a hi-fi King Crimson jam, while flourishes throughout the record echo Lorde’s 2013 debut. On opener and highlight “Rose 4 U”, Lieberson’s clipped vocals orbit a rolling bass line, chased by synth burbles. Each measure makes a perfect loop. Like its title, the song encodes romance into bright, perfectly edged pixels. At the halfway point, it breaks down and rebuilds itself on four voices and drums alone. “Why is it so pleasing to move from station to station?” Lieberson asks, and the reference is warranted: TEEN don’t sound like Bowie, but both artists contrive drama with unflinching artificiality.

If the title is a nod to the Foo Fighters’ The Color and the Shape (and I don’t think it is, but the echo is there), then it’s an optimistic one. A shape stays still; a way gives us somewhere to go.