Various Artists – Dylan in the 80s: Volume One 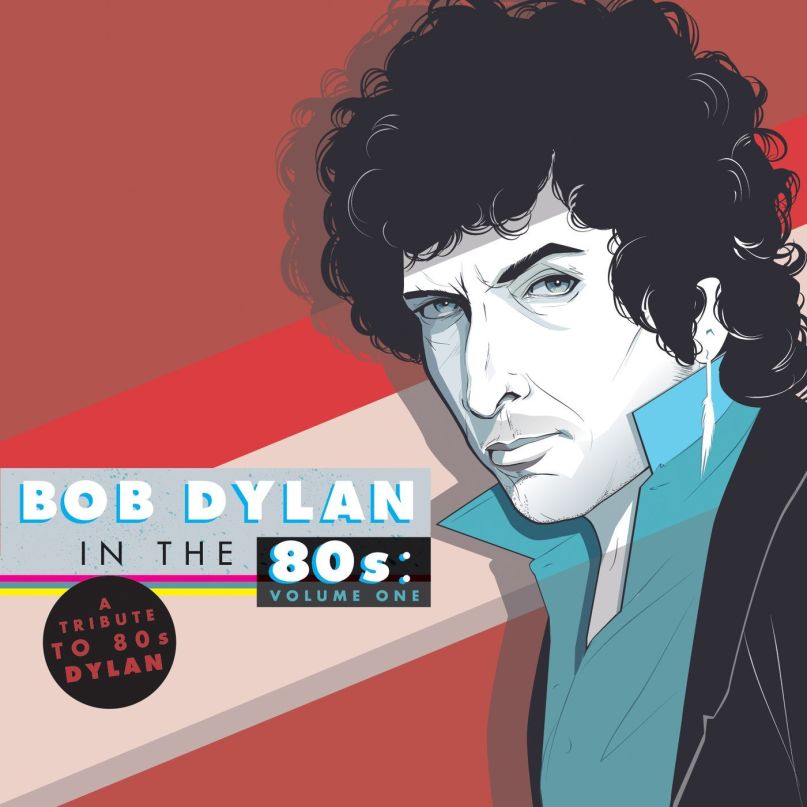 It seems downright unreasonable to accuse an artist like Bob Dylan of ever flipping his on-off switch the wrong way, but that’s the impression left by the entirety of his solo material from the 1980s: seven studio albums, the lone keeper being the Daniel Lanois-produced tumbleweed Oh Mercy, from 1989. This is what Dylan in the 80s: Volume One, a compilation of covers mostly performed by Americans under 50, aims to salvage. DFA Records pal and current Bud Light commercial star Reggie Watts transforms “Brownsville Girl” into kaleidoscopic reggae, subtracting the whole Gregory Peck bit and, all told, seven and a half of the original 11 minutes. New Jersey multi-instrumentalist Marco Benevento reconfigures Dylan’s Christian-era closer “Every Grain of Sand” as a wintry piano instrumental, and its melodic familiarity is the kind of thing you want to wake up to if you fall asleep to ambient music. San Francisco jam band Tea Leaf Green win gold for Most Obscure Cover, dashing the Empire Burlesque outtake “Waiting to Get Beat” with Animal Collective-grade tribal quirks.

In his 2004 memoir, Chronicles, Dylan described his ‘80s self as feeling like a “fictitious head of state from a place nobody knows.” He also must have felt like the titlular Greenwich Village folksinger in the Coen brothers’ 2013 film Inside Llewyn Davis, whose life is at its most exciting when he’s desperately trying to find the neighbor’s cat. In a delighted shit-talk session, prospective baby mama Jean (Carey Mulligan) tells Davis (Oscar Isaac) that “everything you touch turns to shit, like King Midas’s idiot brother.” Later, when Davis plays for his frail father one-on-one, the elder appears almost morbidly unimpressed, like he’s a 3D replica of something from Picasso’s Blue Period. It’s all very purposefully bleak.

During the ’80s, Dylan wrote “Brownsville Girl”, “Every Grain of Sand”, and the mystic blues history “Blind Willie McTell”, among other emphatically brilliant songs. Nevertheless, certain recurring writing and production choices — hackneyed song titles, gospel singers, drums as loud as the ones on Highway 61 Revisited but obnoxiously so — suggested there was an absentmindedness about Dylan at the time. It’s true he was busy in his personal life, what with his kids entering teenhood and all that entails, and he was sidelined by a vicious hand injury in 1987. But in the decade when Michael Jackson, Whitney Houston, and Madonna ruled Billboard, Dylan’s voice had never been so thwarting; on an otherwise strong song like Empire Burlesque cut “Dark Eyes”, his tone was scratchier than it would be a decade hence, circa 1997’s Time Out of Mind.

Some of the covers on Dylan in the 80s work because they restore the troubadour aspect of Dylan lore. They sound like voice-and-guitar Dylan, but not necessarily the Dylan of the original. Positively frilly guitar work and harmonica embed Elvis Perkins’ melancholy highway journey, “Congratulations”. Glen Hansard, the Dublin-bred frontman of The Frames, traces the original “Pressing On” with a humanist’s steady hand. My Morning Jacket guitarist Carl Broemel elongates “Death Is Not the End” to six and a half minutes, emphasizing the lullaby qualities Dylan was reluctant to capture in his delivery on Under the Red Sky (an album released in 1990 but written during the ‘80s).

The heart of Dylan in the 80s, as it fits between the acoustic covers and the contortions of “Every Grain of Sand”, “Brownsville Girl”, and “Waiting to Get Beat”, is represented by the songs that intuitively reimagine the full arrangements of their ‘80s counterpart. Built to Spill slacken “Jokerman” for the better, showing that Dylan would’ve done well to pay attention to the indie rock underground at the time. (The Boise band didn’t debut until 1993, but their sound was hardly unprecedented.)  Later, the piano of Hannah Cohen’s precarious “Covenant Woman” is sheer elegance. During the compilation’s closing stretch, Brooklyn band Lucius build “When the Night Comes Falling from the Sky”, off Burlesque, to a positively rickety pulse.

As for “Wiggle Wiggle”? Unless you listen to the Red Sky original with the stoned irony of an underclassman watching The Wiggles at 2:00 a.m., you’ll probably be spinning Aaron Freeman and Slash’s spastic take more often. The same goes for a good chunk of Dylan in the 80s, or at least every song here that isn’t already canonized.