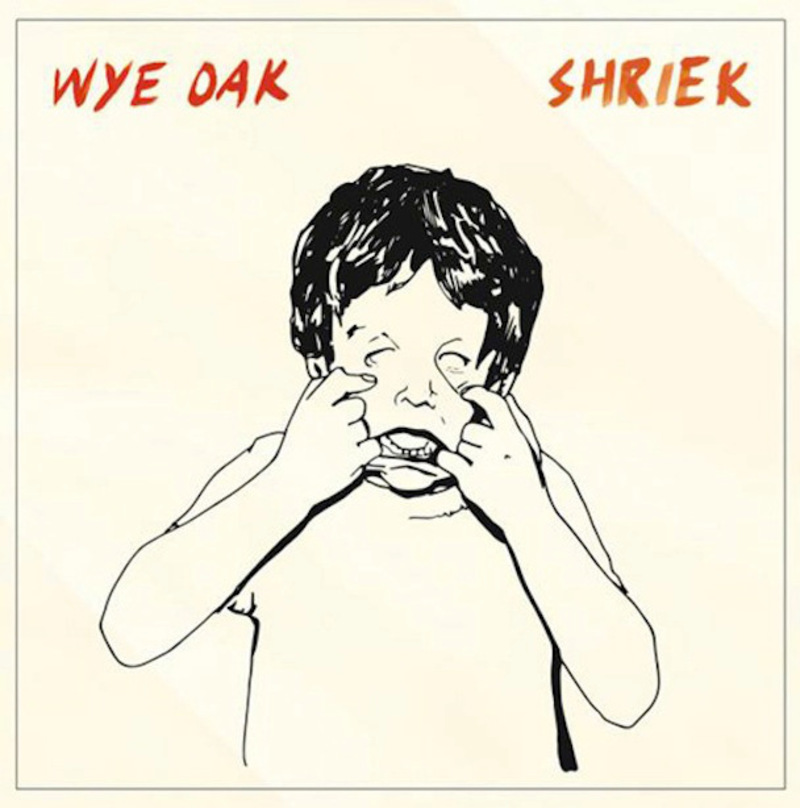 It’s almost frustrating how cynical Jenn Wasner and Andy Stack have become toward their own songs. As Wye Oak, the Baltimore duo has crafted intricate, guitar-driven rock for the better part of the past decade, reaching their peak with 2011’s ponderous masterpiece, Civilian. It was that rare record that existed in the first person, living with the listener, offering emotional projection and vague symbolism that meant nothing (literally) and everything (spiritually) at the same time. But the bliss as heard by fans became an incessant exercise for Wasner, a victim to her own self-deprecation and a physical numbness to the guitar she was playing.

“I feel like a glorified jukebox,” she told the Village Voice in 2012, writing off Wye Oak’s signature loud-soft-loud dynamics as “cheap tricks” and tactful audience pandering. “I can’t believe we fooled somebody else into thinking we’re a real band.”

Dead serious and void of modest sarcasm, those are the words of a worn and weary touring artist who’s been playing the same songs every night for months at a time. To put it simply, Wasner and Stack were bored. The constant repetition had distorted their perception of their own material to the point where it wasn’t fun to play anymore. But instead of calling it quits, Wye Oak trudged through their remaining tour dates and vowed to spend the next year renewing their sound and artistic vigor. “I feel like our band is going to change very, very drastically from here on out in order to remain vital to us,” she said.

Thus, Wye Oak was reborn and Shriek birthed: a sonic re-imaging, with synths and funk bass replacing the vast layers of guitar that characterize their back catalog. Past parallels can be drawn to the guitar-for-electronics swappery of bands such as Radiohead and Sparks, and like them, Wye Oak tweak their already idiosyncratic style of songwriting to fit the new aesthetics. It might sound like a new band, but the songs are unmistakably Wye Oak.

Therefore, Shriek — although uneven in spots — feels like a natural progression for Wasner and Stack, with the synths handling the same rhythms and higher register melodies once reserved for the guitars. Opener “Before” shares the ominous, bittersweet mood of Civilian lead “Two Small Deaths”, but the dance percussion and sensual bassline add an ’80s R&B sexiness — a vibe that is awakened and repressed sporadically throughout the record. Wasner’s growth as a vocalist is also immediately apparent. She used to mumble and now she soars, pushing the boundaries of her voice while dipping into an understated croon when appropriate. Her dance-pop side project Dungeonesse appears to have been both a major influence on Wye Oak and a training ground for her voice. In the past, she would have never attempted the straining melodies of “Shriek”, and now she hits them with ease.

The ironic thing about Shriek is that the drone-y moments that sound the most like the old Wye Oak are its weakest. Whereas Wasner’s guitar playing was nuanced, active, and varied, the synthesizers here are mostly triggered loops, repeating until the chord progression changes. The tracks that plod (“Despicable Animal”, “I Know the Law”) rely too much on atmospherics and descend into a static, loungy ambience. When Stack balances the synths with another source of melody, like the reverb-drenched bird chirps on the title track or the screeching feedback on “Paradise”, the music is textured and engaging instead of just acting as a bed for Wasner’s falsetto. Singles “The Tower” and “Glory” are especially notable for their bright, ascending arrangements that feed off the vocal hooks and vice versa.

While Civilian dwelled on darker motifs — perhaps a reflection of its downtrodden creators — Shriek looks to the future with optimism and embraces new sounds without eschewing the band’s songwriting identity. The music remains cerebral, but the massive bass and dance beats give it a visceral quality that should help hedge the monotony of playing the songs every night on tour. Sure, the thought of Wasner never playing the guitar again is depressing, considering she was so good at it; but that trade-off is better than not having any Wye Oak at all. And that’s what this sonic overhaul comes down to: artistic self-preservation and survival. Despite its lesser moments (forgivable, given the nature of the project), Shriek is a successful reinvention and hopefully a prelude of things to come as the band embarks on its new life.