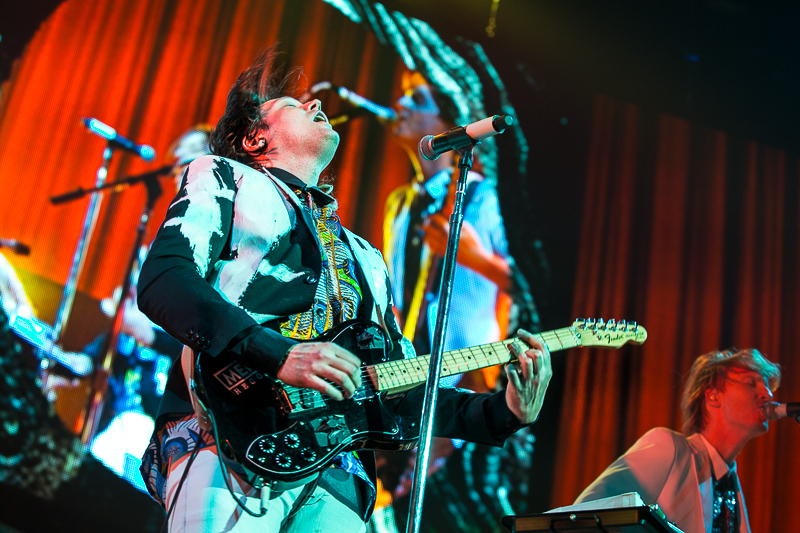 Arcade Fire, Drake, Kendrick Lamar, and Pharrell are among the big-name acts slated to perform at the inaugural iHeartRadio Music Awards next month.

The actual awards gala will take place on May 1st at the Shrine Auditorium in Los Angeles, however, performances will be held at various historic venues across the city, including the Roxy and Hotel Cafe, in hopes of giving the awards show a more “intimate atmosphere”. Other artists who will take the stage: Thirty Seconds to Mars, Luke Bryan, Ed Sheeran, Ariana Grande, Pitbull, and Shakira.

Aside from the performers, a handful of Top 40 artists are also expected to make an appearance during the telecast, including Coldplay’s Chris Martin, Lorde, Katy Perry, Lady Gaga, and Steven Tyler.

Among the nominees are Drake’s “Hold On, We’re Going Home” and “Started From the Bottom”, Lorde’s “Royals”, Arctic Monkeys’ “Do I Wanna Know”, and Icona Pop for Best New Artist.

The iHeartRadio Music Awards airs May 1st on ABC at 8pm/7pm CT.