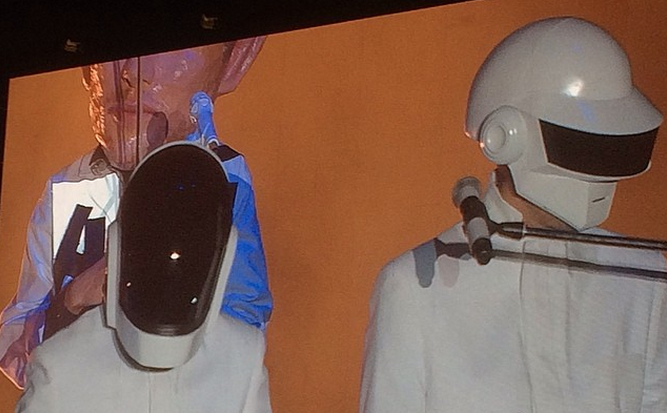 Over the last two weekends, we’ve seen a host of special guests take the stage at Coachella, everyone from Jay Z to Beyonce to Green Day’s Billie Joe Armstrong. But leave it to Arcade Fire to fulfill the wish of every festival attendee by bringing out Daft Punk to kick off their Sunday night headlining performance. Or, not.

The Robots in question donned Daft Punk’s Grammys attire and signature helmets, and stood behind a DJ booth to slow-jam “Get Lucky”. The only problem? As you can see in the video clips below, there was no real button pushing, nor were the two DJs the same height or weight as the real McCoy. Win Butler also reportedly referred to them as Phat Dunk.

Instead, chalk this up as a hilarious bit of trolling perfectly executed by Butler. Case in point, plenty of Coachella attendees probably still think they saw Daft Punk tonight.