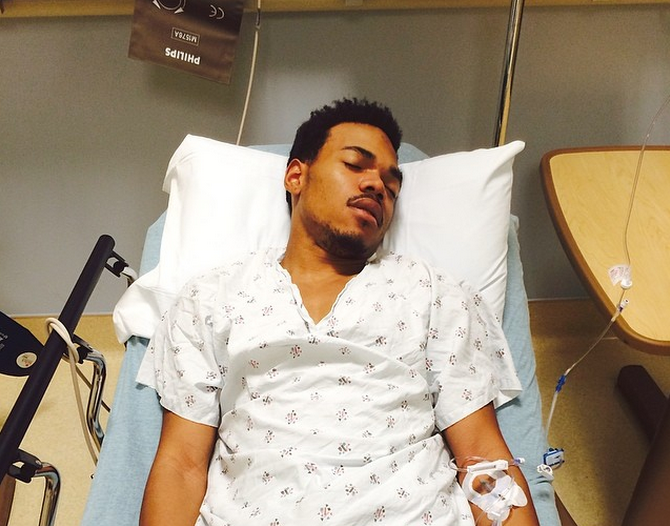 Chance the Rapper has canceled his Sunday performance at Coachella after falling ill.

At the moment, it’s unclear what the 21-year-old Chicago rapper is suffering from, however, it was serious enough to send him to the hospital on Friday. According to a statement posted to his Facebook page, doctors expect him to make a full recovery.

Here is the full statement from Chance’s management:

On behalf of Chance and our entire team- We sincerely regret to have to cancel our 2nd weekend at Coachella.

Chance fell ill on Friday night & was admitted to the hospital today- Doctors and family are with him & he is expected to make a full recovery. Thank you for the prayers and support during this time, Chance, the CTR team and family deeply appreciate it.

Feeling better thanks for the prayers. Ima be back ???? for Wednesday's show I promise. Resting at home for now. God bless u guys