Check out a new photo of André 3000 as Jimi Hendrix 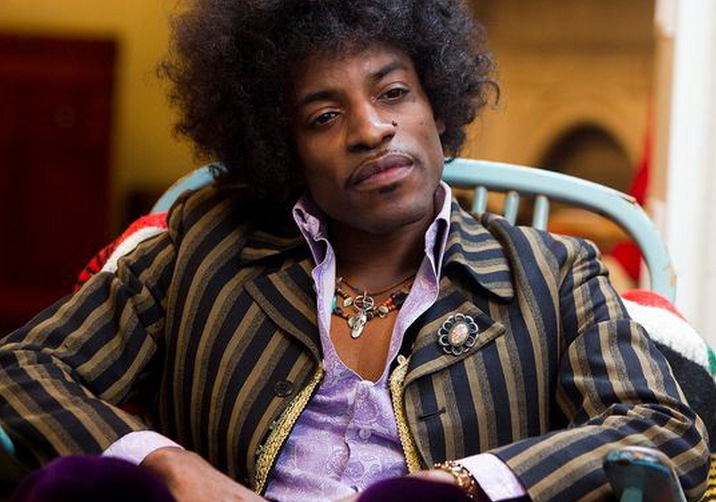 When it comes to André 3000, most of our recent attention has centered around OutKast’s reunion. But least we forget he’s starring as Jimi Hendrix in the long-awaited biopic All Is By My Side. We got our first glimpse of André as Jimi last month with a pair of clips from the film; now, USA Today has revealed a new image from the film. As you can see, the similarity between the two musicians is uncanny.

After premiering at SXSW in March, All Is My Side will receive a wide release in U.S. theaters on June 13th and in the UK on August 8th. Watch a scene from the film below.