Confessions of a Spotify Binger: Finding Clarity After a 10-Hour Bender of Dinosaur Jr. 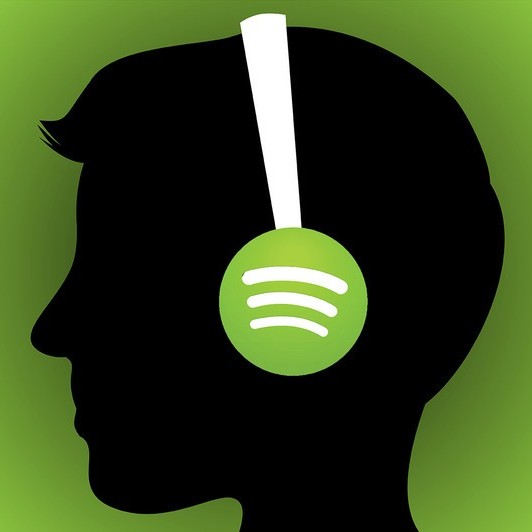 Music, Movies & Moods is a monthly, free-form column in which Matt Melis @MistaMelis explores the cracks between where art and daily life meet.

I’m coming off my latest bender. No alcohol was involved (none ever is). Just nine and a half straight hours of Dinosaur Jr. The entire Spotify discography—from 2012’s Chocomel Daze (Live 1987) right down through their debut, 1985’s Dinosaur. That’s 10 proper studio albums, one full-band live album, a maxi single, and a J Mascis live disc errantly tucked into the shuffle. Start at the top, click play, and let gravity do its thing, dropping down through the albums and years.

Right now, my head feels like a swollen mesh cocoon with droning, distorting slurry still sloshing inside—melodic fuzz dryer lint between my teeth. My five cats all have J Mascis’s head, and Murph sits fixed just right of center in my field of vision, bald, bare-bellied, and bronzed like a Buddha figurine. Oddly, I’m experiencing no Lou Barlow hallucinations whatsoever. I’m clearly in no condition to write.

I’m describing the aftermath of what I call the Spotify discography binge.

Now, why subject myself to the strain of these marathon binges? Why make a chore out of what should be a pleasant experience—either discovering or revisiting a band’s body of work? Good question, and one I’ve been asking myself lately. Since downloading Spotify about two years ago, I’ve probably gone on two or three dozen discography binges—everything from relatively short benders like the Pixies to a weekend lost to Bob Dylan—sometimes falling asleep mid-binge and waking up a decade and two rhythm guitarists earlier. But back to the question of why, or given a forum like this one, maybe the question of whether I’m alone in my habits. Surely, there must be others who devour music in the same gluttonous way—large quantities of one thing in a single setting.

Are you out there?

I’m convinced that to binge is human, that it’s hardwired within some of us. Perhaps an evolutionary leftover (like nipples on dudes) from a time when you took all you could when you could because Lord (who?) only knew when or if there would be more coming. (It’s the same reason your grandmother swipes sugar and butter packets from restaurants.) People binge all the time, most commonly with food (binge eating), alcohol (binge drinking), and sex (pornography, orgies, or Wilt Chamberlain). It satiates some appetite, flips some switch, fills some void, but almost always ends in remorse—feeling bloated, hung over, or “drained” in these three cases.

The warnings against binging are out there, too. An entire branch of the tree of human wisdom dedicates itself to cautioning us against the extremes.

Practice temperance. Easy does it. Slow and steady wins the race. Pace yourself. Take a deep breath and count to ten. Don’t overdo it. Know your limit. Keep a limit. Everything in moderation. Achieve balance. Locate your equilibrium. Don’t bite off more than you can chew. Don’t overindulge. Too much of a good thing. Cookies are a sometimes food. (Et tu, Cookie Monster?)

Compare that to what we hear daily and far more boisterously.

All you can eat. All or nothing. Go big or go home. Free refills. Bottomless fries. YOLO. I’m all in. Would you like to Biggie Size that? For just a quarter more… Complimentary upgrade. Buy 12 and get the 13th free. Limitless texting. Collect the whole set. “Wait, there’s more!” All of his films together for the first time ever. March Madness! Uninterrupted, limitless streaming anytime, anywhere.

Thousands of years of sound human wisdom and advice clashing with modern reality. Which will win? With my personality, at least when it comes to music consumption, it’s like all-you-can-eat crab leg night at Red Lobster, and I’ve brought my own bib and a claw cracker with my initials engraved on it. Sorry, moderation.

Clearly entertainment can be binged on, too. I know a guy who has seen The Book of Mormon more than 30 times. Netflix offers a more relatable example. Be honest. Did you ration out the second season of House of Cards, saving some for a rainy, “I guess I’ll watch Comic Book Men”-type of day, or did you plow through it quicker than the time it takes Frank to rap twice on a table with his ring? I’m guessing the latter, and that makes you entirely normal. The story hooked you and kept you glued.

But music doesn’t really work that way. Or does it? The evolution of J’s songwriting didn’t act like a gripping storyline during my recent Dinosaur Jr. binge; the last riff of one album wasn’t a cliffhanger that guaranteed I’d let the band play on to the next. Really, all I can detail, apart from the aforementioned physical effects that are slowly beginning to wear off, is a sense of time having passed: “It was light out when I started listening.” But what irks me about my listening habits (when discovering and revisiting whole discographies) is the lingering feeling that it’s been quantity experienced over quality of experience. The point being this: I can tell you how Dinosaur Jr.’s music made me feel but not what Dinosaur Jr.’s music makes me feel. That bothers me.

So, back to the question of why I binge. Maybe it’s just because I can. Spotify and other streaming services make it easy enough to do so (and if they didn’t exist, neither would my binging habit). Give me an inch, and I’ll take the complete recordings of Johnny Cash. And I have.

Maybe binging provides a certain cheap sense of accomplishment. I’ll never scale Everest; I can’t take apart a car and rebuild it; and if I tried to swim the English Channel, I’d sink in seconds, but damn it, I can conquer Talking Heads’ entire discography if you’ll give me an Internet connection and an evening’s peace.

I really don’t think it’s music junkie-ism or the paranoia that comes with it. The paranoia? Yeah, the fearful suspicion that somebody somewhere may be listening to good music that you don’t know about yet. I came to grips long, long ago with the reality that I don’t have enough time on this planet to read, watch, write, or listen to everything I’d like to, let alone what I don’t even know about. Trust me: I’m not worried about missing out.

I often discography binge before reviewing a record. For a moment, I thought that was the ding-ding-ding. It reminds me of Michael Madsen’s explanation of how to judge the quality of a Hattori Hanzo samurai sword in Quentin Tarantino’s Kill Bill Volume 2: “You have to compare it to every sword ever made and every sword ever not made by Hattori Hanzo.” But in truth, I don’t review like that. I like to immerse myself, not compare a new single to some countrified lick that same band recorded 10 years earlier. God knows this 30-year-old wouldn’t appreciate being held accountable for his 20-year-old former self.

So, here’s how I figure it, and if you share my proclivity for discography binging, maybe you can tell me if this makes any sense. I think a discography, for me, represents the whole story—not just a chapter or excerpt from it. And no, not a story in any meaningful, linear sense like you experience during that season-long Netflix binge. And maybe “story” is entirely the wrong word. Just “whole” works. Let’s go with that. The discography binge offers a whole in a world of iceberg tips, moving parts, and minutiae. A glimpse at the big picture, even though there’s usually a finger in the shot and blurring around the edges. I think that’s why I’ve always listened to albums and never shuffled singles—why I value the album and its place among its brothers and sisters. And if there was some meaningful grouping out there beyond the discography—an even more expansive scenery to behold—I imagine I’d tend towards that, too.

But enough of all this. Like I said, I’m in no condition to write.

Besides, J Mascis is meowing for Friskies.