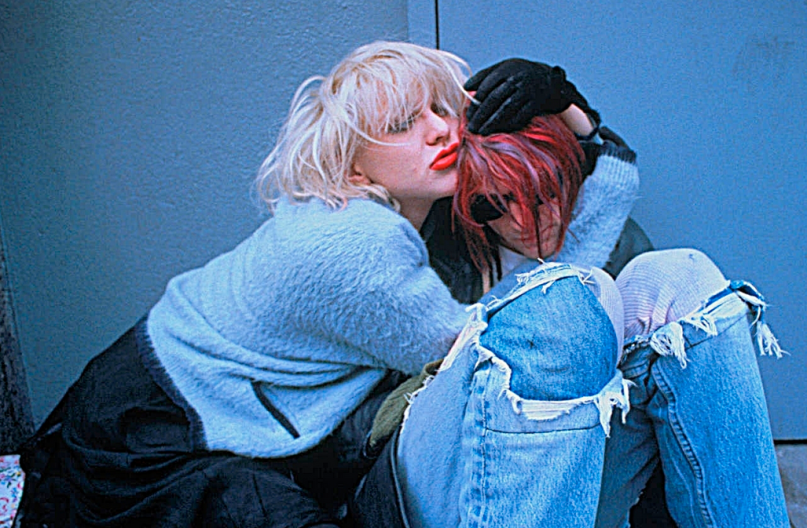 In anticipation of Nirvana’s induction into the Rock and Roll Hall of Fame this week, Kurt Cobain’s widow, Courtney Love, sat down with UK’s The Telegraph to discuss the band’s legacy and her place within it.

Love rejected the notion that she was Nirvana’s version of Yoko Ono. “I don’t think the Yoko comparison is fair, I never sat in on rehearsals,” she said, adding, “But Kurt thought Yoko was cool. He was an early adopter. He gave me a Yoko Ono box set when I was pregnant. Which I threw at his head. I wasn’t really a fan.”

However, Love stressed the importance of her involvement in Cobain’s legacy, which is why she’ll attend the Rock and Roll Hall of Fame induction ceremony on his behalf. “I wasn’t in Nirvana, but it’s what widows and kids do,” she said. “And it does give me ownership of the mythology, rather than just handing over to Krist [Novoselic] and Dave [Grohl] their ownership.”

Love recently announced plans to further that mythology with a musical about Cobain, which has since drawn criticism from many Nirvana fans. Love defended the project, stressing, “It’s more a play, conceived by a brilliant team. I can’t name names, but when you hear who is possibly involved, it takes on a new dimension. Otherwise it’s Vegas rubbish, and I will never allow it. There will be no jazz hands on ‘Smells Like Teen Spirit!'”

Love also spoke about her own musical endeavors, specifically her recent revelation that Hole’s classic lineup would be reuniting. As it turns out, Love’s proclamation was not only premature, but may have decreased the likelihood of it actually happening. “We may have made out but there is no talk of marriage,” she explained. “It’s very frail, nothing might happen, and now the band are all flipping out with me.”