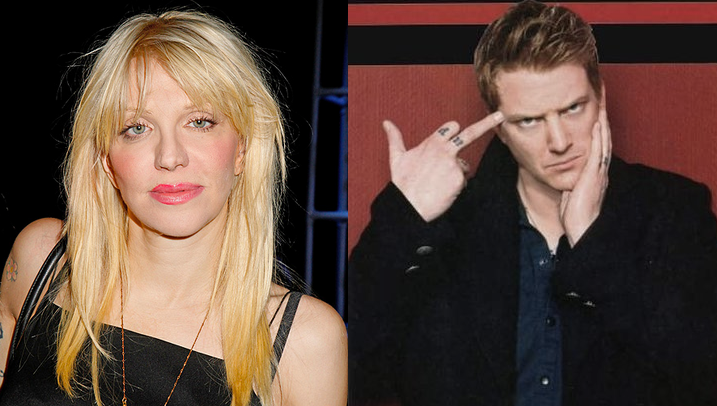 Courtney Love took a giant step forward last Thursday when she appeared to bury the hatchet with her longtime rival, Dave Grohl. But this week, two steps back: previously, we saw her tear into Bruce Springsteen and “saxophone music” during an episode of her YouTube web series. While the video was later pulled down, Love’s tongue remains sharp as ever.

Now, in a new interview with The Quietus (via Stereogum), Love revealed her reunion with Hole’s classic lineup was inspired by a not-so-great writing session, which she equated to “Queens of the Stone Age drudge”.

Her exact quote: “Well, you sit and you write like, Queens of the Stone Age drudge for a month, and it’s just not happening, and it’s not happening – not that Queens of the Stone Age suck, but people expect a lot more from me. Josh Homme can play like, four notes on his bass, and people take off their tops, but I have a higher bar for whatever reason. It has to be just fucking really, really good. So, then I started playing with Patty [Schemel] and Melissa [Auf der Maur] and Eric [Erlandson], just to see how that was, if we got anything killer happening.”

(Read: Dusting ‘Em Off: Hole – Live Through This)

Of course, Love already admitted she hurt the chances of Hole reuniting by divulging news of their rehearsals to the public. Alas, she’s got more important stuff to worry about anyways.