Dave Grohl on Lorde: she represents the “Nirvana aesthetic” amid “all that stripper pop” 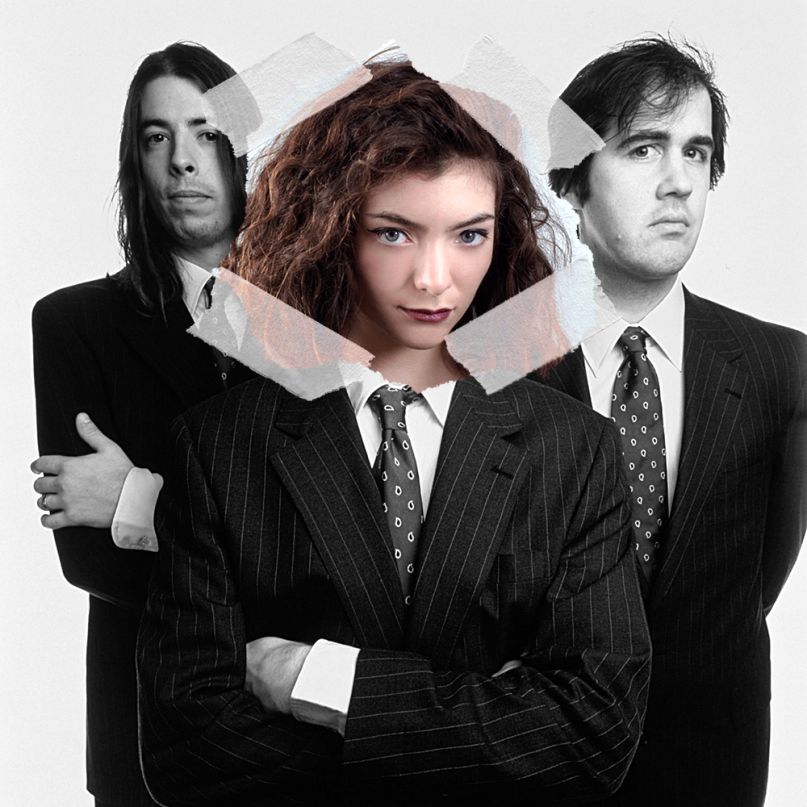 With a slew of hit singles, endless world touring, and the intense admiration of young girls and grown men alike, Lorde has all but conquered pop music in just over a year. Earlier this month, though, she earned perhaps the biggest honor of her very young career when she was chosen by Nirvana as one of four elite female vocalists to front the band during their Rock and Roll Hall of Fame induction performance. (Her company? Try St. Vincent’s Annie Clark, Kim Gordon, and Joan Jett. Boom.)

In a recent blog post, Krist Novoselic explained why the band tapped the 17-year-old crooner, calling her one of the few “powerful up-and-coming women in Rock.” Now, in an interview with Rolling Stone, the totally-awesome Dave Grohl reveals why he considers Lorde the future of music.

As Grohl recounted, he first heard “Royals” when he was “driving with my two daughters, Violet and Harper, who are eight and five years old”. As they started singing along, he was “so happy and relieved that my two girls were singing a popular song on the radio that had some substance and depth, which I considered to be healthy for them as kids. I know that sounds kind of parent-ish.”

Still, liking a pop song is definitely something of a revelation for the Foo Fighters frontman, who usually detests much of Top 40 music. “The song was sandwiched between all of that other stripper pop. I was so fucking relieved. I thought, ‘Hey, this might be another revolution.'”

That transcendent quality and sense of optimism helped convince Grohl that Lorde would be a perfect fit within Nirvana. “There’s something about her that represented or resembled the Nirvana aesthetic,” he said. “She has an incredible future ahead of her as a writer, performer and vocalist.”

And, yes, Grohl did manage to relay these warm and fuzzy feelings to Lorde during preparations for the Hall of Fame ceremonies. “When I met her I said, ‘When I first heard your song on the radio and my kids sang along I felt like there was hope for my kids to grow up in an environment which is more than just superficial.'” No word on how she responded, but I am certain there was copious amounts of blushing.

Below, relive Lorde-vana’s performance of “All Apologies”: