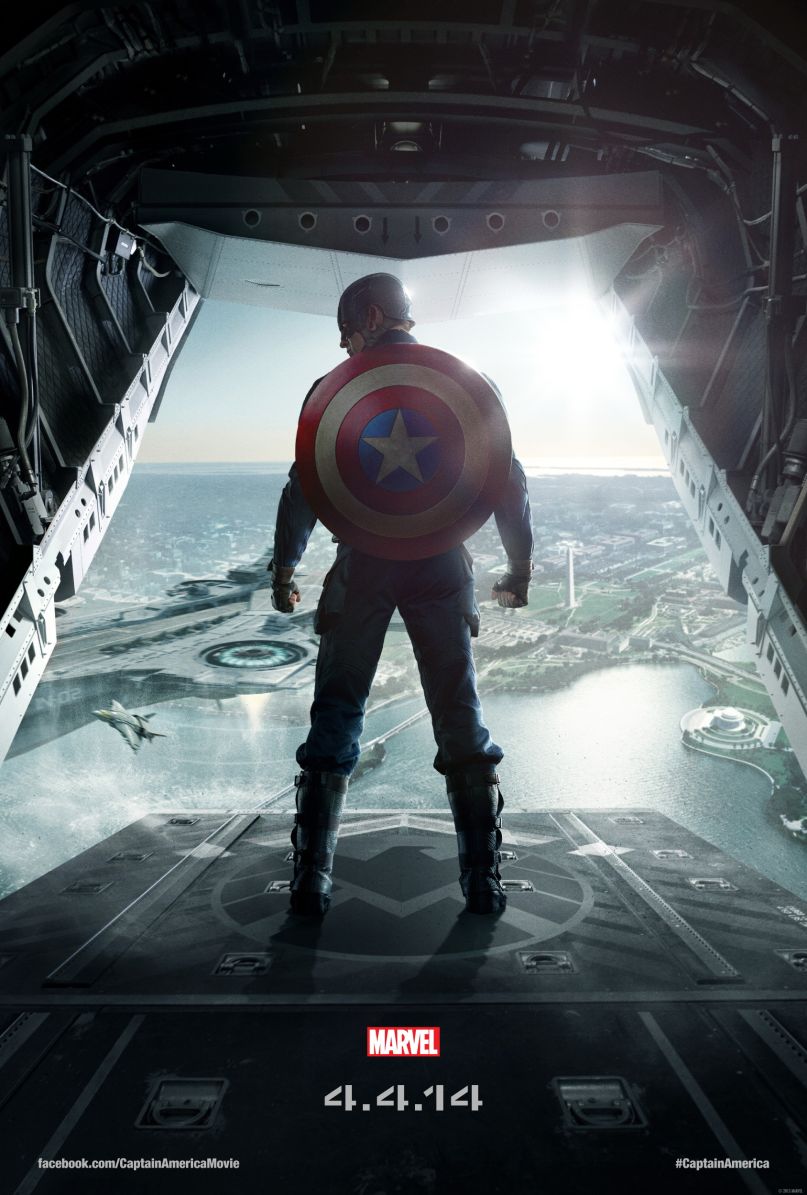 The interconnected Marvel film universe started doing an interesting thing, something that really began with The Avengers and happens far too rarely in modern action epics. It started to envision the consequences of its action setpieces, and to explore what would happen if our world became aware overnight that things like parallel universes and gods exist. And in Captain America: The Winter Soldier, easily the best stand-alone Marvel film since the first Captain America, this idea expands to address a larger, and perhaps even scarier question: how would superheroes deal with global politics? Especially the noblest, most idealistically patriotic superhero among them?

You wouldn’t expect a big-budget superhero movie to invoke memories of All The President’s Men, but here we are. In the wake of the New York-smashing theatrics of The Avengers, Steve Rogers (Chris Evans) has become SHIELD’s top operative, a nigh-unkillable strike force of one whose existence beyond the boundaries of time has made him the perfect soldier. He trusts his government, he knows they’re out to do good, and he follows his orders to the letter. At least he does until he catches Black Widow (Scarlett Johannson, at long last given character traits and things to do that extend beyond a strategically unzipped catsuit) stealing intelligence from a tanker. This sets off a domino effect of double-crosses and deeply-obscured lies that cause the good Captain to ask questions he’s never had to before about his own loyalties and whether the people to whom he swears them are worth it.

What set the first Captain America apart was Joe Johnson’s lovingly ironic approach to the Rockwell-esque Americana of the U.S. during WWII. It’s appropriate, then, that co-directors Anthony and Joe Russo populate Winter Soldier with coldly modern sets, a stark and impersonal contrast to the first film’s purposely hokey warmth. The new America in which Rogers finds himself is one where pre-emptive drone strikes and hacked information are the currencies of war. That, and superhuman mercenaries, apparently. Before long, Cap and the Black Widow end up on the run from not only SHIELD itself (courtesy of a frame-up), but the Winter Soldier (Sebastian Stan), a gun for hire whose physical abilities outmatch even Rogers’. Though the film clearly seems to be more invested in introducing the Winter Soldier for future use than necessarily fleshing out his story here, the film gives you enough to chew on. This is especially true of one of the big early setpieces, a metropolitan car chase that offers memorable moments for both the Winter Soldier and for Samuel L. Jackson’s Nick Fury, another side player in the Marvel films whose profile is boosted quite a bit.

The Winter Soldier isn’t the film’s only enemy, and that’s not necessarily a spoiler given that The Winter Soldier is specifically about the obscurity of evil in the modern era. Of all the films it could recall, No Country For Old Men seems like an odd contemporary, but the films share curiously similar approaches to the withering effects of modern evil, in which epic showdowns between absolute forces of good and evil have been replaced by ruthless efficiency and impersonal displays of destructive power. When Alexander Pierce (Robert Redford) tells Rogers that “Sometimes building a new world means tearing the old one down,” the film is surprisingly willing to explore the many shades of meaning in that statement. Rogers, then, is the bygone America, the one in which good was good and evil was evil and the two rarely intersected. (Anthony Mackie, as Falcon, has a third-act exchange with Rogers before the big final battle that notes this: “How do I know which ones are the bad guys?” “If they’re shooting at you, they’re bad.”)

The Winter Soldier features the same requisite property destruction as so many other superhero films of late, sometimes to its detriment; the big final sequence, while putting a nice enough button on that whole “tearing the old one down” concept, feels shoehorned into a film that’s more about weary, sometimes deftly funny intrigue and the development of Captain America in the modern world. Now that every superhero has as many sad feelings as they do quick repartee, it’s refreshing to see a Captain America that just feels the same as so many Americans. He believes in America, and always will, but not in the people who aim to pull it away from its ideals. And if that means disobedience, well, the pursuits of liberty and freedom are the American way above all. Captain America is specifically not a hero of our time, but that may well make him the most qualified to become one.