In Photos: The Dismemberment Plan at Baltimore’s Ottobar (4/5) 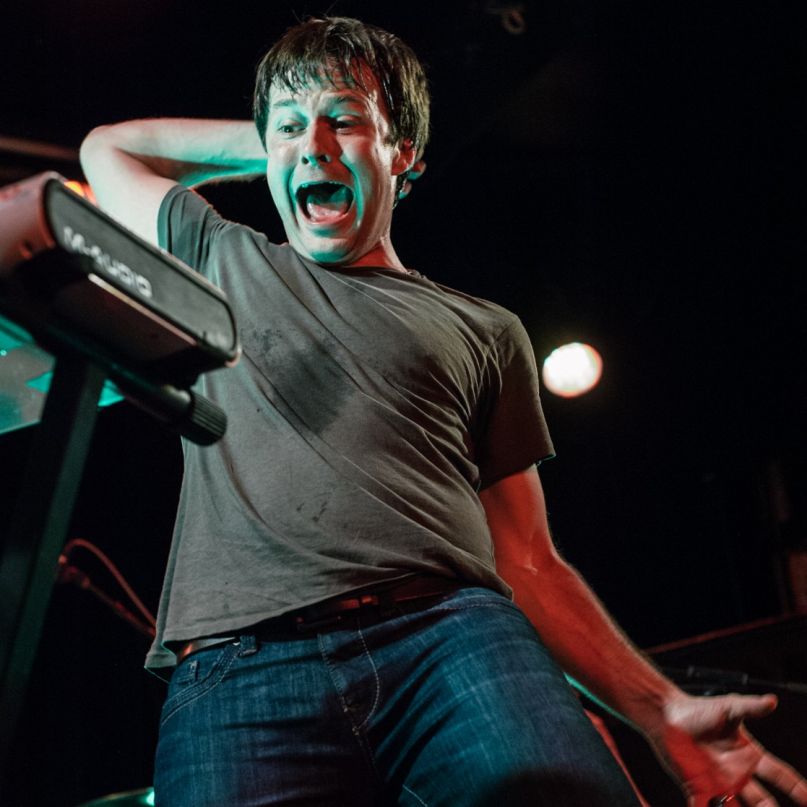 The Dismemberment Plan returned last night for their first gig of 2014 at Baltimore’s Ottobar. Given that they’ll be performing at Coachella next weekend, the night was something of a warm-up gig.

Following a tight set from Baltimore locals War on Women, the D-Plan arrived with “Time Bomb” and segued into a number of other favorites, including “The City”, “You Are Invited”, and “Waiting”. Vocalist Travis Morrison later stripped down to his gray t-shirt and jeans, being “normcore as fuck,” he proclaimed, eliciting laughs from the crowd. By night’s end, they would join him onstage to sing and dance.

“Everything has to end sometime,” Morrison exclaimed. The crowd shouted back, “Everything but this!” Honestly, it shouldn’t have ended. Seeing The Dismemberment Plan live is pure happiness, with one person being so overjoyed and lucky to have the band sing them “Happy Birthday” during the encore.