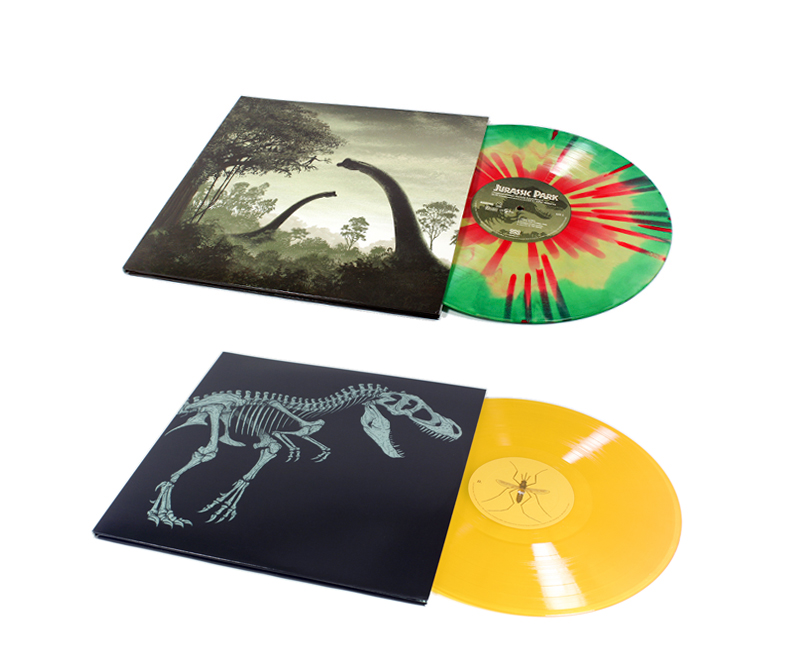 If I may… Um, I’ll tell you the problem with the scientific power that Mondo’s using here, it didn’t require any discipline to attain it. They saw what Williams had done and they took the next step. They didn’t earn the knowledge for themselves, so they didn’t take any responsibility for it. They stood on the shoulders of a genius composer to accomplish something as fast as they could, and before they even knew what they had, they patented it, and packaged it, and slapped it on “Dilophosaurus”-colored vinyl, and now they’re selling it and selling it.

Already there are two different versions of said vinyl, similar to how Hammond utilized two islands. Ha. Version A features artwork by JC Richard and comes pressed on black vinyl with random copies receiving those “Dilophosaurus” colored discs. While Version B sports all new artwork by Dan McCarthy, is limited to 1,000 copies, and comes pressed on, no lie, 180 Gram Translucent Amber Vinyl.

Don’t you see the danger, folks, inherent in what they’re doing here? Jurassic Park is the most awesome force cinephile’s have ever seen, but Mondo’s wielding it like a kid that’s found his dad’s gun. Look, it’s fine if you wanna put your name on something, Mondo, but stop putting it on other people’s wallets.

Turning dinosaurs into vinyl is the worst idea in the long, sad history of bad ideas. And I’m gonna be there when you learn that.