Listen: 1,2,3’s new track “When The Levee Broke At The County Fair” 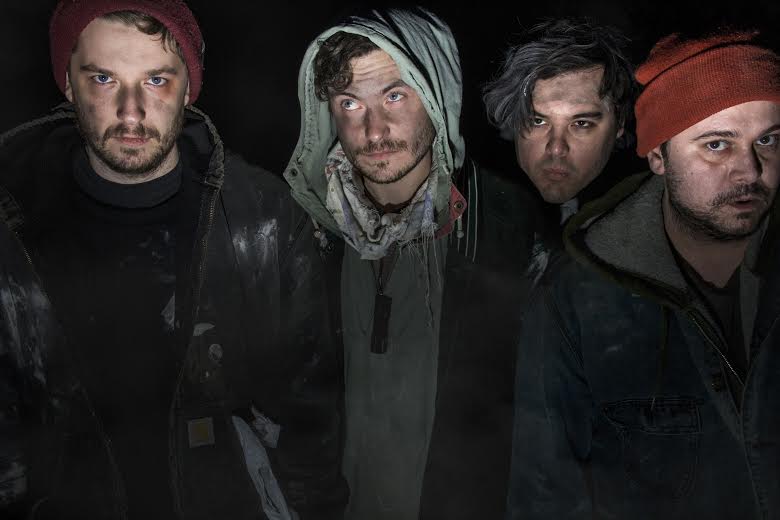 When a tornado destroyed his aunt’s home in 2011, 1,2,3 frontman Nicolas Snyder became engrossed by the idea of natural disasters. Soon, it became an obsession, with Synder and the rest of the band deciding to make it the focus of their new album, Big Weather.

During the sessions, they recorded storms through the screen door and watched ’70s dystopian films. Coincidentally, their Pittsburgh studio also experienced the wrath of Mother Nature, as the building frequently flooded.

After their initial recordings were rejected by their label, Snyder briefly disbanded the group out of frustration and exhaustion. Eventually, he decided to continue the project, as a kind of “gift” to his aunt, and quickly reformed the band in order to finish tracking the album’s few remaining songs. After all that inclement weather, 1,2,3 will at last release Big Weather on May 27th via American Hermitage.

The latest track from the album, “When The Levee Broke At The County Fair”, perfectly captures the album’s storm-inspired motif. Beginning on found audio of rickety amusement park rides, the song eventually falls falling into an atonal, noise-rock groove. Snyder’s wobbling voice gives a ghoulish air to the track as he describes an already menacing wave of brown water laying waste to a young couple at the county fair. It’s the kind of hectic pop-rock track that would feel at home on The Beatles White Album. Or maybe in the soundtrack to a Twister sequel.

For more sounds, check out the album’s other singles, “Porch Swing Song” and “Big Weather Part 1”.