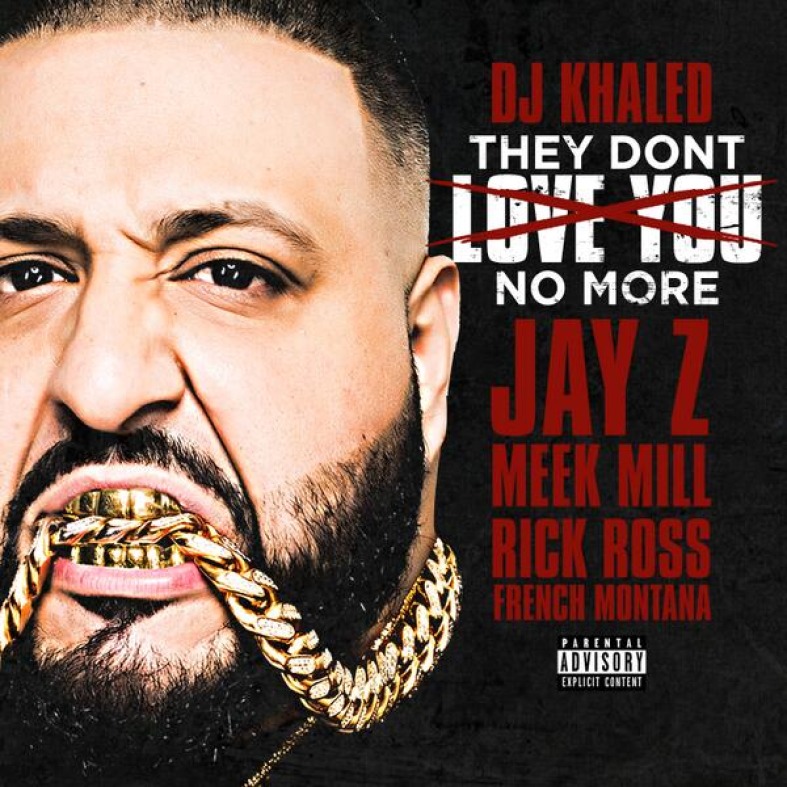 Throughout his career, DJ Khaled has landed a number of big-name rappers to guest on his various albums and singles, including Kanye West, Lil Wayne, Drake, Nicki Minaj, Ludacris, and T.I., among many others. However, one rapper always seemed to allude his bejeweled grasp: one Shawn Carter. (The pair technically appeared together on the “Go Hard” remix, but Hov recorded his verse sometime much later.)

Amid Ross’ Spanish/Creole lesson, Mill’s Auto-Tune chorus, and what could be Khaled’s intermittent shouting, Jay Z fits like a glove. Here, he cuts loose with a slightly more manic flow and delivers a barrage of cutting rhymes that target weak-willed emcees (possibly a rebuttal to Drake?), the NCAA, and Texas A&M’s own Johnny Manziel. He also mentions crabs, but just the Red Lobster kind.

Listen to a CDQ version below:

“They Don’t Love You No More” is the lead single off Khaled’s new album, I Changed A Lot, due out later this year.

Oh, and just how excited is Khaled now that he has himself a single with Jay Z? Just watch this interview with MTV from earlier today: