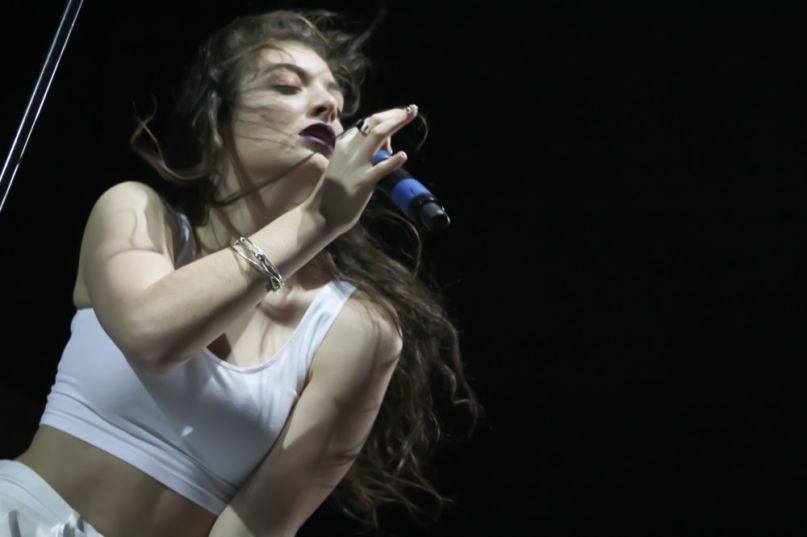 It’s become pretty clear by now that just about everybody loves Lorde. She’s done live collaborations with Disclosure and Nirvana (backed by Joan Jett, Kim Gordon, and St. Vincent, no less!); she’s been covered by CHRVCHES and Bruce “The Boss” Springsteen; and her music has been remixed by everyone from Rick Ross to The Weeknd to Raekwon. Now, a fellow musician from Down Under has tossed his hat into the ring, as Australian producer Flume has delivered a remix of “Tennis Court”.

Flume, in fact, has been toying with the Pure Heronie cut for some time now, occasionally dropping it into his live show. The young Aussie makes the even younger Kiwi’s track almost unrecognizable, turning the original’s deep, droning backbeat into a wash of fluctuating synth waves. Besides the opening verse, Flume also flips the lyrical progression, with the final refrain coming in before the second stanza. There’s still an easy cool to the song, though instead of the Lorde’s heavy, goth-y pop, it’s Flume’s buzzing, trippy electronics. Listen below.