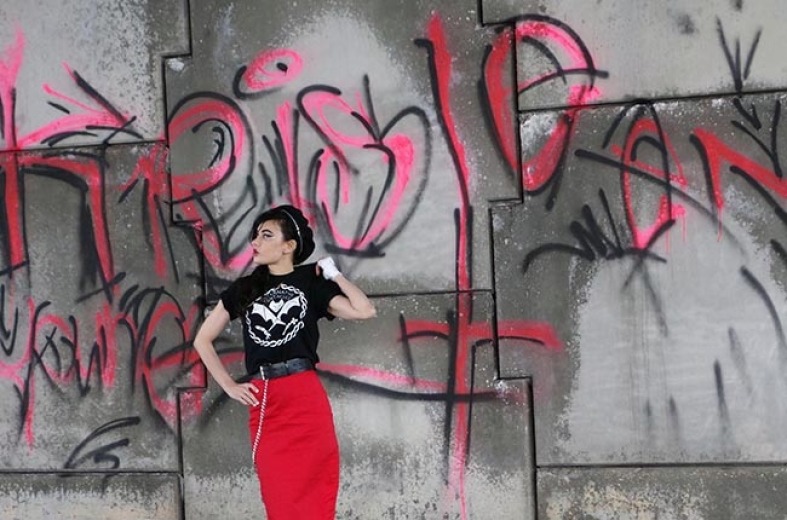 Even as Foo Fighters work tirelessly on their new album (and drink beer and go to Denny’s), Dave Grohl has still found the time to assist several up-and-coming acts. He played drums on the latest RDGLDGRN album; produced Ghost B.C.’s If You Have Ghost EP; and even went country with the Zac Brown Band.

For his latest cosign, Grohl has produced the seventh studio album from singer-songwriter Kristeen Young. In an interview with Billboard, Grohl said that Young’s forthcoming LP, The Knife Shift, is “unlike anything I’ve done before,” adding that the record features “piano, drums, bass, and guitar. That’s it. It’s bare, but very deep. Raw, but melodically complex. I love Kristeen. So much. I’ve never met anyone like her. Neither have you.”

The Knife Shift is due out May 13th via TVPI. In support, Young will hit the road this summer, opening for another icon in Morrissey.