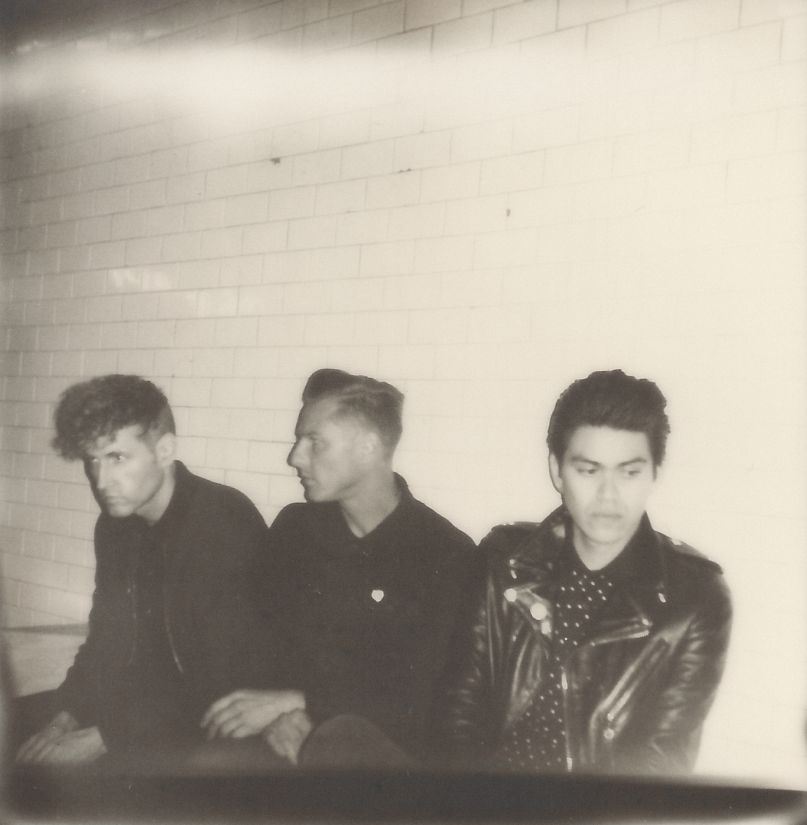 L.A. trio The Mercy Beat is a bit of an unknown quantity at the moment. Collecting members from Hong Kong (bassist Ian), Hawaii (guitarist Matty), and New York (singer Sam), the band’s Internet presence is barely a month old. That grainy pic above? The only official image they’ve released. And yes, we only know their first names.

We also know that the three gents come from varied backgrounds in punk and New Wave. When they met in downtown Los Angeles, however, they bonded over an appreciation for ’60s dance music. Their mutual love for the sounds that would form rock ‘n’ roll led them to name their band after Mersey Beat, the Liverpool-based music paper started by John Lennon’s college classmate around the time of the region’s artistic upsurge.

As The Mercy Beat, the group craft buoyant, warm songs that sail along on gently reverberating synths. Following their debut track, “Sweet”, “An Act of Mercy” is the latest example of how they’re wrapping their nostalgic proclivities in modern sensibilities. The song skips about on an effervescent bass line backed by vibrant percussive rhythms. Sam’s effortless falsetto rings sweetly above the equally easy charm of the danceable beat, an attractive offering from these true upstarts. Take a listen below.

The Mercy Beat will lift the veil of mystery a bit with some of their first-ever live shows across California next month. Every Monday in May, they’ll be playing a free concert at L.A.’s The Echo, with a handful of other dates interspersed throughout. Check their itinerary below.