Listen: The Pass’ two new songs “Only For You” and “Layers” 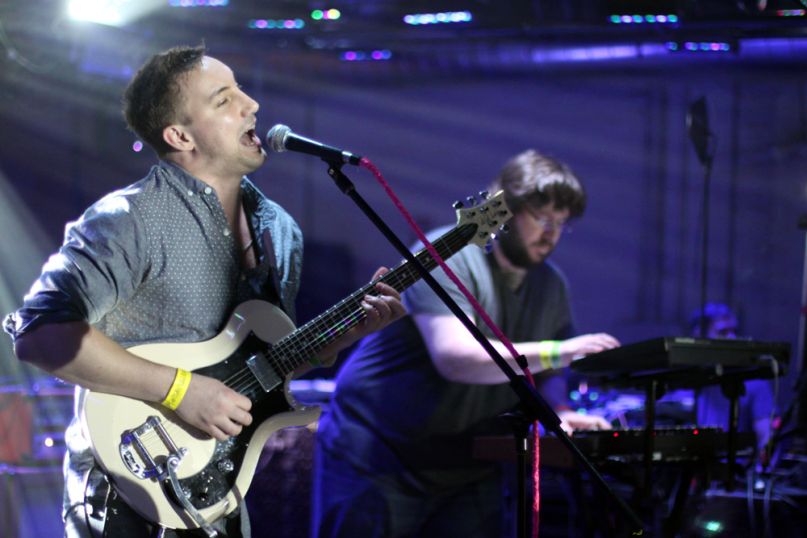 The Pass // Photo by Heather Kaplan

At the start of the year, Kentucky synth-rockers The Pass announced plans to release a new 7-inch single each and every month through April. The series kicked off with January’s dance-pop combo of “Sunny Day” b/w “Don’t Take It”; February saw a double dose of disco in “Without Saying” b/w “Never Compromise”; and last month featured the New Wave ballad “The Same” b/w the beach-pop of “Be Easy”. Today, the band brings their ambitious project to a close by unveiling the tracks that comprise Vinyl #4.

The A-side “Only For You” finds the band once again playing in the sandbox of New Wave and electro-rock, forging their version of a triumphant arena-rock anthem. Only instead of sweltering guitars there’s vintage synths, and the sweeping harmonies have much more of a smokey, intimate quality. Speaking of the ’80s, B-side “Layers” sees the band channeling the incomparable stylings of one Phil Collins. With its  chiptune-inspired synths, endearingly cheesy sense of romanticism, and frontman Kyle Peters’ more anxious vocals, the song could have easily been a deep cut on 1985’s No Jacket Required.

Listen to both cuts below:

All four vinyl’s will be available on The Pass’ Bandcamp page starting April 22nd.