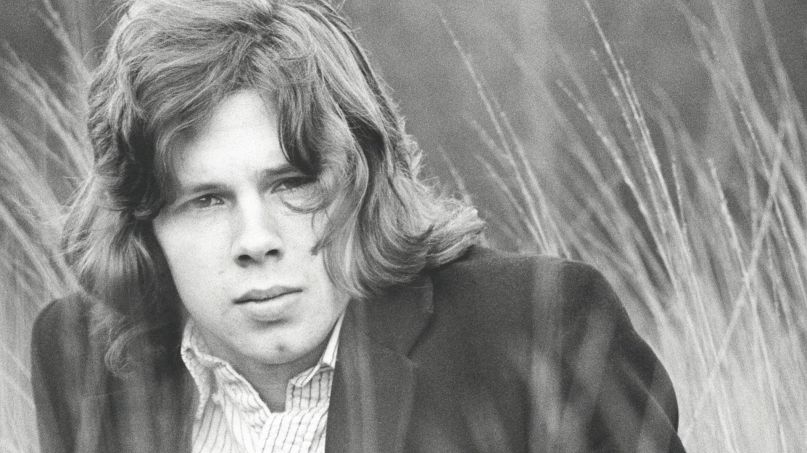 Nick Drake is, by and far, one of music’s most tragic tales: a deeply moving and thoughtful songwriter, one who skillfully touched upon the vein of human emotion, he released just three albums before he died at the tender age of 26. Fortunately, he left behind a healthy collection of unreleased songs and recordings, which have been released in spurts through various compilations over the last 40-some years.

Today, one such recording surfaces in the form of a new song co-written by folk singer Beverly Martyn. In an interview with the Independent, Martyn said she and Drake penned “Reckless Jane” just months before his death in November 1974, during a lengthy jam session at Martyn’s home outside of London. (Drake was a friend of her then-husband guitarist John Martyn, and he even occasionally babysat their kids.)

While attempting to finish the song originally proved too painful, Martyn eventually completed it as a tribute to her late friend and personal hero. “I couldn’t even think about the song for so long,” she added. “But Nick is in my life at all times. Never a day goes by that I don’t think of him, of something funny he said. I wish more people could have seen that side of him, his dry humor.”

“Reckless Jane” is definitely a version of Drake not always present in other songs: the lyrics here present a man both overjoyed and entertained, in love with life and its capacity for quiet moments of romance and celebration. While Drake doesn’t sing on the track, Martyn’s warm harmonies, layered over the gentle cascade of humming strings and reverberated piano, perfectly represent Drake’s quaint sentiments. While his tale ended abruptly, this is a snapshot of a man who, even briefly, felt at ease with the world swirling around him.

“Reckless Jane” will appear on Martyn’s new abum, The Phoenix and the Turtle, due out April 22nd.