Mastodon announce new album, Once More Round the Sun 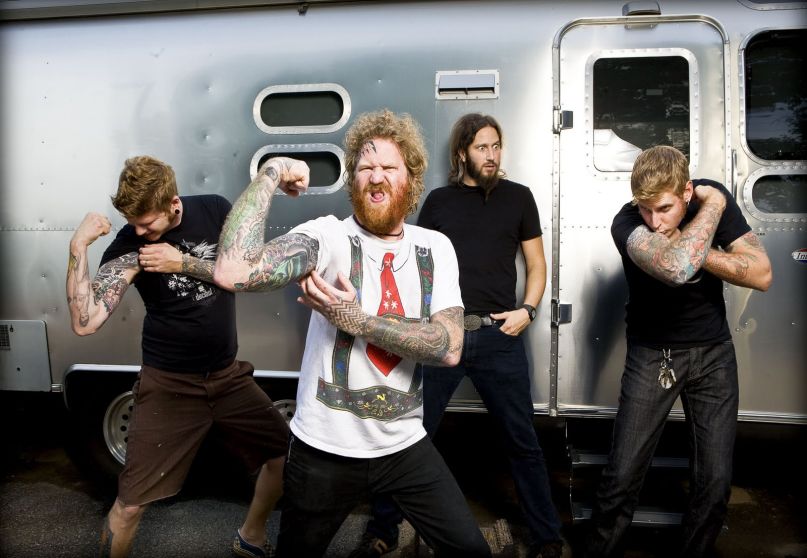 Mastodon is gearing up for the release of a new album, its first since 2011’s The Hunter. In a new interview with Paste, the band revealed the album is titled Once More Round the Sun and will be released later this year through Warner Bros. Records.

The album was recorded in Franklin, Tennessee with producer Nick Raskulinecz (Deftones, Rush, Alice in Chains). Frontman Troy Sanders described the end result as 60-or-so minutes of “pure, authentic Mastodon.” He continued, “A lot of people ask us if it kicks off where The Hunter left off. And to a large degree, I suppose yes. We recorded it and took it on the road with us, and then we headed back to our rehearsal space and started working out ideas. I’ve had a lot of time to ingest this record, and it’s solid. It’s a large slab of granite. I’m once again completely proud of these guys.”

Better yet, the band has 30 minutes of music that ended up on the cutting room floor, which they plan to release as an EP following the LP.

In anticipation, the band will be on tour for much of the spring. See those dates below.

Below, revisit our interview with Mastodon’s Brann Dailor: