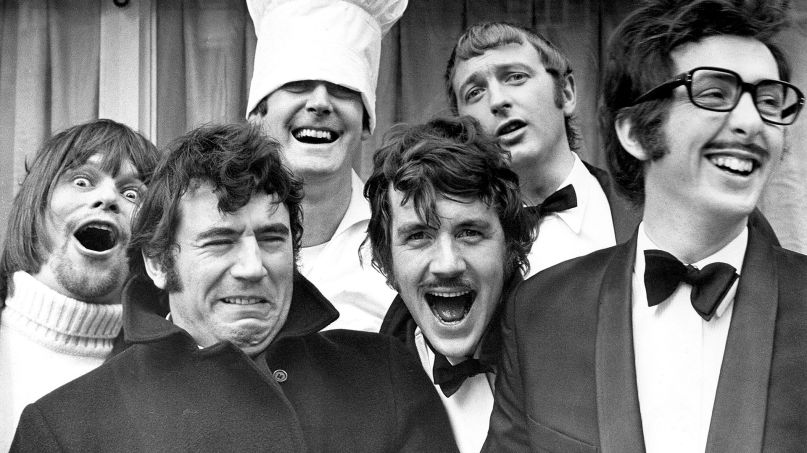 In July, the surviving members Monty Python will reunite for a series of live performances at London’s O2 Arena, marking their first time together onstage in 15 years. Tickets to the shows sold-out instantly; however, audiences around the world will still have the opportunity to catch the troupe in action.

According to Variety, Monty Python’s final live show, set for July 20th, will be broadcast in 1,500 movie theaters across the world, 450 of which will air the show live. Dubbed “The Last Night of Monty Python”, the show will be directed by legendary designer Aubrey Powell.

Additional details will be available at the troupe’s website. Check out a classic sketch below.