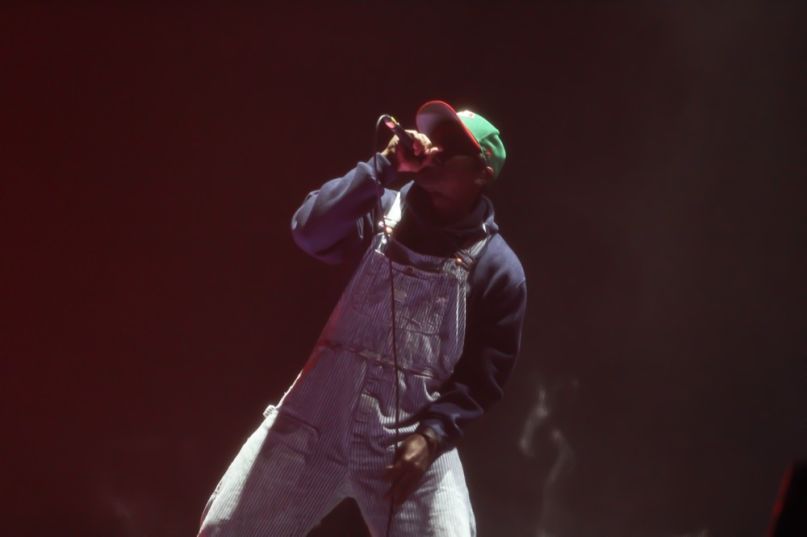 OutKast returned to Indio, CA on Friday night for another go-around as Coachella headliners, and by all accounts, it went over much better than their weekend one performance.

If you recall, Big Boi and Andre 3000’s first Coachella performance received lukewarm reviews. The main criticisms centered around Andre, who played with his back to the crowd for most of the set. Their setlist also included lengthy solo sets from each rapper, a random cameo from Future that came across more like an advertisement for his own new album, and was ultimately cut short due to curfew before Killer Mike could perform.

According to The Hollywood Reporter, Big Boi and Andre 3000 seemed to take the criticisms to heart, as they unfurled a revamped setlist that featured shorter solo sets, more hits in the middle portion of the set (including “Hey Ya”), and much more energy.

Andre 3000, especially, seemed like a man renewed: clad in a one-piece jumpsuit with a gigantic tag that read “For Sale” on one side and “Sold Out” on the other, he smiled gleefully through hits like “So Fresh, So Clean,” “Roses,” and “Hey Ya,” even as he sang it – to the audience, rather than facing away from them – with a bit of raw sarcasm seeping through.

Check out the full setlist below. OutKast will next appear at CounterPoint Festival in their hometown of Atlanta later this month.