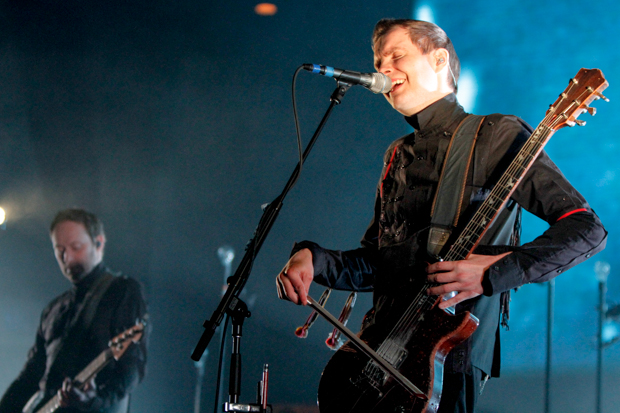 Following his cameo on Game of Thrones, it seems as if Sigur Rós frontman Jónsi has been bit by the TV bug. As Billboard points out, the Icelandic singer has joined forces with his partner Alex Somers to score the upcoming WGN show Manhattan. Yes, WGN airs stuff other than Cubs baseball.

Set to premiere in July, Manhattan tells the story of the 1940s’ Manhattan Project,  America’s race to build the first atomic bombs at the Los Alamos labs in New Mexico. It’s further described as following “the brilliant but flawed scientists and their families as they attempt to co-exist in a world where secrets and lies infiltrate every aspect of their lives.”

The show is being executive-produced by Sam Shaw (Showtime’s Masters of Sex) and directed by West Wing veteran Thomas Schlamme. It stars John Benjamin Hickey (The Big C), Olivia Williams (An Education), and Daniel Stern (a.k.a. Marv from the Home Alone series).

The project marks Jónsi’s first foray in television score. He previously scored 2011’s film We Bought a Zoo, which Somers also co-roduced. The two have performed together as Jónsi & Alex since 2003 and even released an album together, 2009’s instrumental epic Riceboy Sleeps

Check out a teaser trailer below, which features unidentified music: