The Rock and Roll Hall of Fame Induction Ceremony: Creation, Catharsis, and Canonization

Plenty to see and even more to think about. 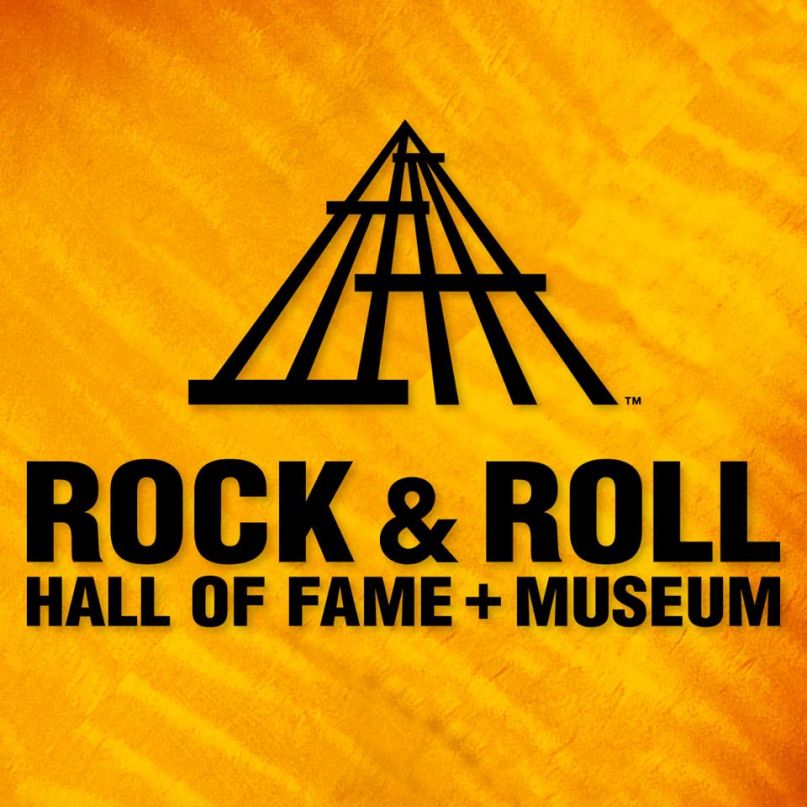 The Rock and Roll Hall of Fame recognized a minuscule handful of exceptionally talented artists and visionaries, Linda Ronstadt, Peter Gabriel, and KISS among them, in a ceremony open to the public for the first time in New York last week. Yet this is what the Rock and Roll Hall of Fame looks like from the nosebleed section: artistic integrity and the illusion of prestige uncomfortably chafing together in the same arena. Leather rubbing against denim, flannel patchy rough against satin cocktail garb, radiant in the prestigious pit below. Capital, everywhere, an institution plucked physically from Cleveland and placed in an arena large enough to host athletic championships. Rock stars and rock believers kept separate.

It’s difficult not to examine the ceremony closely within the context of the Barclays Center itself, a contested space that has historically been fraught by community and city tensions coming to a head. The building of the Barclays Center has created a noticeable shift in Prospect Heights, a family-rooted neighborhood, and ushered in its own kinds of gentrification. Similarly, the Rock and Roll Hall of Fame is an institution whose agency is appropriately questioned. It too fights for legitimacy in an era whose main platform of communication – the Internet – consistently carves out space for illegal forms of creativity, a voice that speaks volumes louder to a generation interested in diverging sounds of varying shapes.

Rolling Stone founder and Hall of Fame co-founder Jann Wenner opened the ceremony with a short speech in which he praised the Hall of Fame for recognizing “landmark moments of musical alchemy.” In the darkness, I scribbled this phrase down in my notebook, because it puzzled me. This statement means something different for every single audiophile and music fan, given how there is just as much merit found in the magnetic danger of “Gimme Shelter” as in a PJ Harvey wail or an electric freestyle rap battle happening in a sweaty basement. Any form of music that offers an idea of hope or understanding, champions difference, is sonically tight, or unearths buried narratives is a landmark moment of musical alchemy in itself. “It’s a chance, an idea, a wish, a home, a destination, a gutter dream, a band,” offered Bruce Springsteen, while inducting his own E Street Band later on in the ceremony.

These elements are part of the “official” criteria for induction, in addition to “influence and significance of the artists’ contributions to the development and perpetuation of rock and roll.” Yet I believe an unspoken qualification for induction pertains to the idea of mythology within rock music itself. The Rock and Roll Hall of Fame is an ivory institution but also functions as a mausoleum. It’s where music is not just canonized into rock sainthood but permanently laid to rest, 25 years or more after the band or musician laid down their first record. I mean, the godfather of white noise and punk, Lou Reed, has yet to be inducted, but I’ll bet you a Cherry Coke he will be honored at the 2015 ceremony. Loving rock and roll, it seems, also has largely to do with loving the dead.

The subjective, arbitrary nature of the selection process in the Rock and Roll Hall of Fame has long been critiqued, with good reason. No one can explain why MC5 have never taken the stage and received an award. Dolly Parton and Rick James have not been honored, nor have The Cure, Patsy Cline, or The Wailers, legends in their own right. “Induction,” said Yusuf Islam while accepting his award for his work as the artist formerly known as Cat Stevens. “It sounds kind of weird and medical,” his face scrunching up into a scowl before softening again.

Notably, paradigm-shifting hip-hop and rap groups – arguably the point of popular music reference for a burgeoning generation — have been long excluded from the Hall of Fame. Lest we forget many of these artists were ostracized before they gathered around the spotlight, creating a safe, sonic space for the freaks and unfortunate, those without the resources. Even Sonic Youth, whose own Kim Gordon took the stage at the end of the night, has yet to be recognized. Sonic Youth influenced and befriended Nirvana, the youngest band in this year’s group — arguably the strangest mainstream sensation in the history of rock music, and the most anticipated group to be inducted.

Kurt Cobain’s entire life – and death — has been scrutinized, his chicken-scrawl script studied, his potential motives picked apart by generations of audio vultures. His legacy looms large, very much alive, from emerging crime scene photos, threats of reopening cases, even the tease of a Broadway musical and a terrible documentary about conspiracy theories surrounding his death. The continued popularization of Nirvana is at once a testament to their enormous talent, their foresight to capture “lightning in a bottle,” as inductor Michael Stipe suggested, the immediacy of a generation fraught by apathy and confusion, much like The Sex Pistols, and living proof that mythology sells. It likely assisted in the event selling out the mammoth Barclays Center – capacity roughly around 18,000 — and gave people the ability to validate, more than anything, their morbid curiosities about a resurrection, sonically and otherwise.

Punk rock has forever clung to “no future” as a recognition, mantra, and revelation. But much like The Sex Pistols and Fugazi before him, Cobain — a punk, a chancer, an introvert, a feminist, a fellow freak – is posthumously crowd surfing into the brave, new future, a place dictated by alternating narratives of nostalgia and disbelief. Cobain’s widow, Courtney Love Cobain, briefly said a few words at the podium, but not before roughly half the stadium began to boo her. “Get off the stage, you whore,” yelled someone several seats away from me.

The honors lauded onto grunge rock’s martyr Kurt Cobain – his mother and his sister accepted the award, salty tears in their eyes – directly contrasted the outright and disgusting vilification of Love. The antagonism present at the commemorative event jarred me, left a naked tension exposed, and proved the continued, ugly, engendered conception of madness and shaming that rock, historically a boys club, has placed on women, from Yoko Ono to Courtney Love. Blame and misunderstanding have been a consistent problem projected onto Love, whose own band Hole once rhetorically demanded of their listeners, “What do you do with a revolution?” This revolution will be televised, and it will be aired via HBO later next month.

Nirvana revolutionized what indie could come to encompass within the folds of the mainstream and became the guttural sound people wanted at the time. The band itself was the product of a community of youth in distant Washington, consciously creating in a DIY-rooted direction facing away from the mainstream. That’s perhaps what felt so bittersweet about this all. KISS frontman Paul Stanley put it best in his own acceptance speech, quipping: “Here we are tonight, basically inducted for the same things that we were kept out for.”

But while we’re on the subject of revolution, the rotating cast of strikingly talented women who stood in for the fallen rock icon during Nirvana’s reunion performance astounded. Although the question of justice and tribute were undercurrents throughout the entire evening, Krist Novoselic and Dave Grohl’s conscious reunion with women at the forefront felt appropriate, and for lack of a more eloquent phrase, kicked major ass, especially Annie Clark‘s intense performance of “Lithium”.

Cobain himself once said, “I like the comfort in knowing that women are the only future in rock and roll,” and the air in the arena shifted from disbelief to triumph, entirely electric, as Joan Jett, Kim Gordon, St. Vincent’s Annie Clark, and Lorde redefined grunge’s disaffected intensity. Grohl’s immediate recognition of drummers before him in Nirvana – including Chad Channing, a notable snub – was a genuine, tactful move honoring artistic credibility from the past and present alike.

Yet, as noted by the vast majority of the inductees in their acceptance speeches, fans are the true facilitators. Tom Morello said as much as he inducted KISS, where he revealed being bullied for loving the sexualized Kabuki guitar warriors. The Rage Against the Machine guitarist railed against the “self-appointed arbiters of taste,” which may or may not have been directed towards and bristled the dozens of critics, journalists, and editors in the press room, also the subject of flack during the evening’s festivities.

But fans will sit through five and a half hours of a ceremony to absorb brilliance in their midst, even from a distance with the aid of binoculars. Fans forgo food and sleep and sanity to catch a glimpse of their heroes, pay unbelievable sums for tickets, transportation, merch, records. Crafting unforgettable memories is pricey, and many artists taking the podium took the opportunity to honor fans first and foremost.

“The people pay for tickets. The people buy albums. The people who nominate do not. Let’s not forget that these are the people that make it all possible,” said Stanley pointedly in his acceptance speech. Stanley is digging at that undeniable truth: that fans have no bearing on the decision to honor these heroes. They’re just there to get people paid. Daryl Hall made a point to note that he and John Oates were the first Philadelphia citizens to be inducted, not exactly a celebration but simply “fucked up.”

Given the ever-enlarging sonic sphere, is there anything valuable about award shows, or are they archaic altogether? In my experience, the artists’ words were the valuable takeaway we can continue to value at these ceremonies. Upon receiving his award, Peter Gabriel advised the audience to embrace failure as a furthered opportunity – a hard truth, indeed, but lest we forget Gabriel himself admitted to never making it as a drummer in Genesis. “Take your time, and think a lot,” advised Islam.

But working-class hero Springsteen offered perhaps some of the most resonant advice, urging people to work within their own communities to create something truly exceptional and socially crucial. “The narrative you tell together is bigger than you could on your own,” he reflected. Despite the shifting state of everything currently – narratives, careers, musical consumption, attention spans – at the core, music has remained largely the same. It speaks to audiences in divergent ways, forms, and genres. The unity and inclusion that performance can encompass with listeners disparate in socioeconomic, racial, and political capacities is remarkable.

Our world is evolving in a way that narrative now trumps form, a space where a song can bloom from a comment section and transcend the unthinkable, traditional barriers of BMI, EMI, and Sony. Music alters ways of thinking about aesthetic, process, and thought — but the recognition must be attuned to a larger scale, at the level of the Academy, The Hall of Fame, and the major label groups, in order to enact measurable change within music. “The people, I believe we’re speaking to the Rock and Roll Hall of Fame, and what they’re saying is ‘We want more.’ They deserve more. They want to be apart of the induction. They want to be apart of the nomination. They don’t want to be spoon-fed by a handful of people,” said Stanley.

The community is calling. It’s time to answer back.