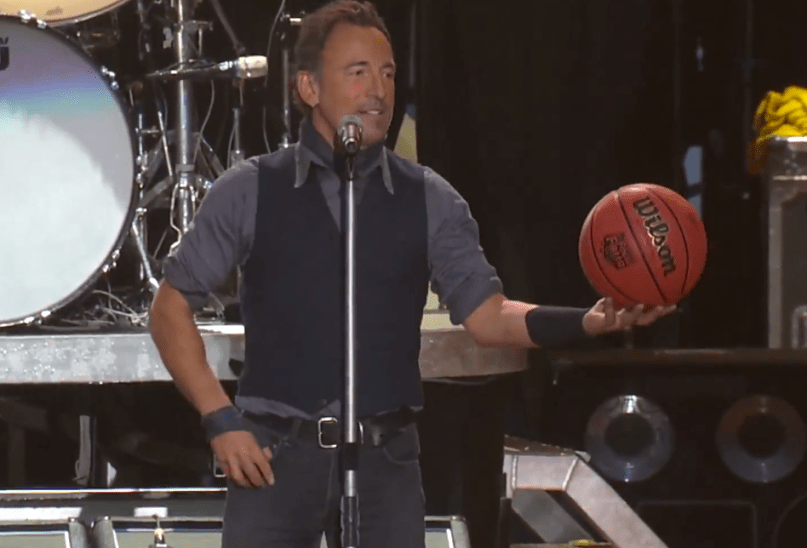 Though the E Street Band are just days away from being inducted into the Rock and Roll Hall of Fame, the band still has a few tricks up its sleeve. In recent weeks, we’ve seen Bruce and Co. cover AC/DC’s “Highway to Hell”, INXS’ “Don’t Change”, Bee Gees’ “Stayin’ Alive”, and Lorde’s “Royals”. Last night, they kicked off their headlining appearance at this year’s March Madness Festival in North, TX with a basketball, a referee, and a cover of Van Halen’s “Jump”. Once again, cheesy Bruce is the best Bruce. Watch the replay below.

Following the Hall of Fame induction, the E Street Band will hit the road for a full-fledged North American tour in support of High Hopes.