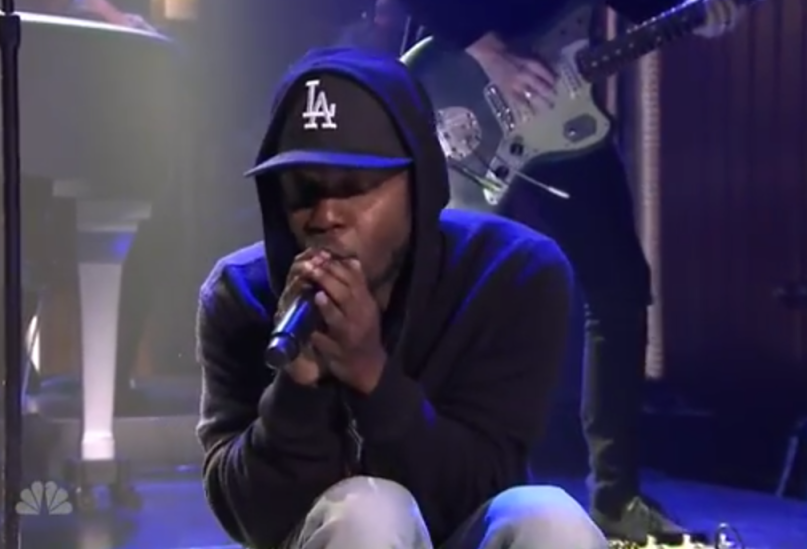 Last night, Kendrick Lamar and Alicia Keys swung by The Tonight Show to perform their Amazing Spider-Man 2 collaboration “It’s On Again”. But they didn’t come alone: like superheroes with their own trusty sidekicks, the two were joined by none other than legendary composer Hans Zimmer and Johnny Marr, who helped write the film’s score, as well as producer araabMUZIK. While not as action-packed as say, the intense official video, it was still a collaboration like no other,  gathering together many of music’s heavyweights onto one stage. Catch the replay below.

The Amazing Spider-Man 2 official soundtrack is in stores now. It also features contributions from Pharrell (“Here”), The Neighbourhood, LIZ, and Phosphorescent. The film itself hits theaters on May 2nd.