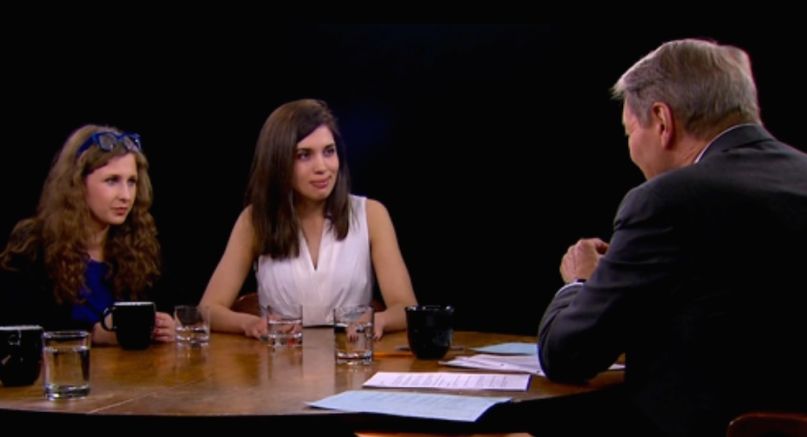 Since being released from prison last December, Pussy Riot members Nadya Tolokonnikova and Masha Alekhina have made a handful of public appearances as part of their campaign for human rights and prison reform. From The Colbert Report to Amnesty International’s Bringing Human Rights Home concert to The Today Show, they’ve spoken candidly and assertively about their beliefs, politically and otherwise. Monday night, the two continued to spread the word, sitting down with Charlie Rose for an extensive interview.

The segment, titled “Women Speak Truth to Power”, focused on the impacts of Pussy Riot’s protests, imprisonment, and release. Among the specific topics the three discussed:

— Putin’s political policies (“It was very difficult to imagine how in the 21st century anyone can be judged by 13th century laws.”)

— The importance of dissidence (“Young people, new pioneers, are being raised and brought up, and they are not there to comprehend. They want to go back to the old ways and restore the Soviet Union. We have a heroic tradition of dissonance, which is almost being forgotten by now.”)

Watch the full interview below: