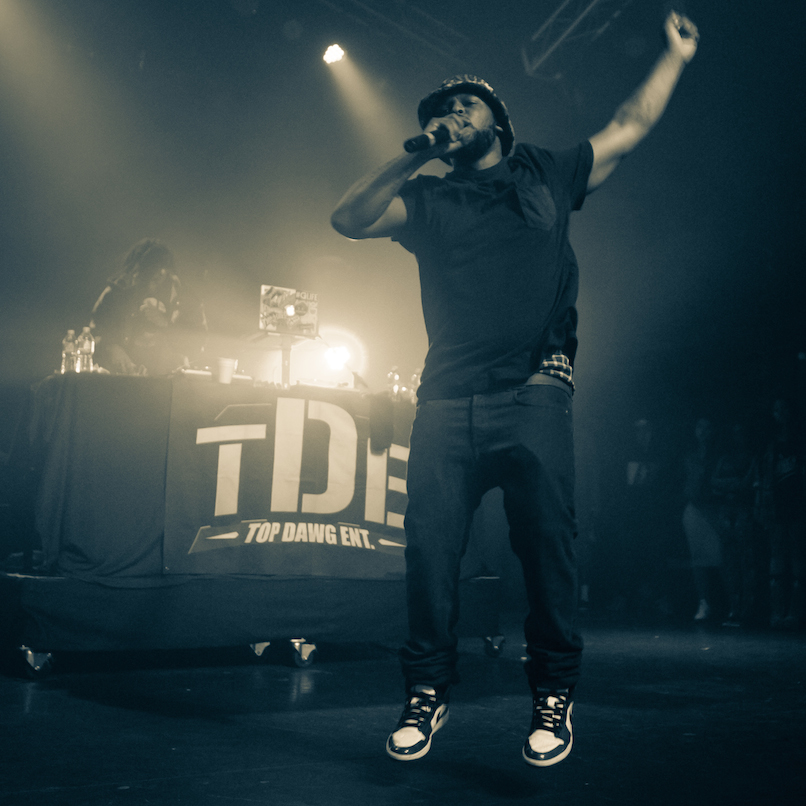 ScHoolboy Q unveiled the first “Druggys Wit Hoes” collaboration with Ab-Soul back on his 2011 album, Setbacks. One year later, the Black Hippy members and fellow TDE label mates returned to link up on Q’s Habits & Contradictions highlight “Druggys Wit Hoes Again”. Though a third installment of the track didn’t appear on Q’s excellent new LP, Oxymoron, the two emcees proved last night that it does, in fact, exist. During his concert at Los Angeles’ Club Nokia, Q brought out Ab-Soul for a live debut of “Druggys Wit Hoes 3”. Watch video of the performance below.

While it’s a hip-hop banger in the vein of both its predecessors, Q unfortunately mentioned he had no plans of officially releasing it.