What we learned from Billy Joel’s interview with Howard Stern 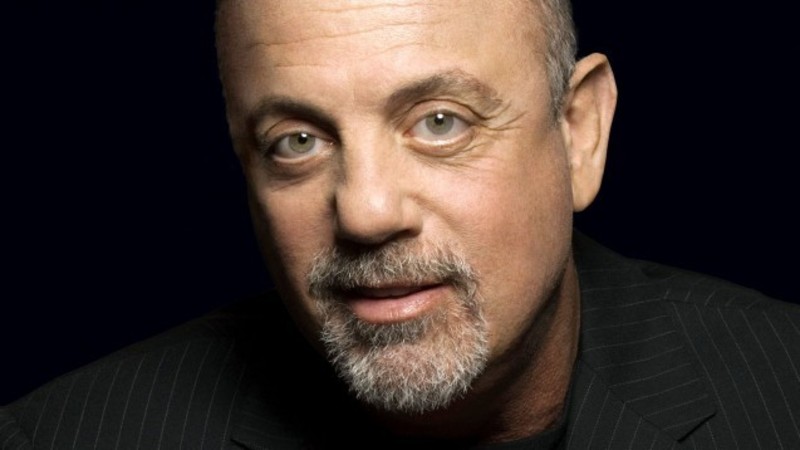 On Monday night, Howard Stern conducted an extensive interview with Billy Joel at the Cutting Room in New York as part of SiriusXM’s Town Hall series. Joel, who turns 65 on May 9th, admitted he was going through his “senior citizen stage of life” and was simultaneously personable and curt while fielding questions from Stern, his co-host Robin Quivers, and the audience. During the extensive interview, he revealed dozens of fascinating tidbits about his career, his difficulty with growing older, faith, and his brief encounter with heroin. Among the information divulged:

He wakes up with new music stuck in his head: “This morning, when I woke up, I was thinking of a classical piano piece… either Beethoven or Mozart. Every day there’s a theme,” he said. “I don’t know why. I don’t know whether I dreamt it, but when I wake up, there’s always some kind of music thing in my head.” Interestingly enough, Joel later admitted that he forgot how to read sheet music.

He tried heroin in Amsterdam: “I just tried it once,” Joel said of the drug. “It scared the crap out of me. This was back in the late ’70s. We were in Amsterdam, and there was all this stuff going on, so I said, ‘Let me see what this is like.'” He continued, “It got me so high, I didn’t know how to deal with it.” Fortunately, Joel never touched the stuff again, “but it did inspire me.”

He missed Jimi Hendrix at Woodstock in 1969 because the bathrooms sucked:
“I was 20. I stayed for about a day and a half,” Joel said. “I wanted to see Hendrix, but then I needed to use the bathroom facilities, and the [toilets] were pretty primitive. I think you had to do acid to stay there for three days.” What’s worse, Joel admitted, “I didn’t get laid.” He also hated hearing the set from Country Joe and the Fish.

He doesn’t believe in heaven or hell: When broached on the subject of the afterlife, Joel responded frankly, “I’m not going to say there is or isn’t. I just don’t believe there is.” Joel also revealed he was born Jewish but baptized in a Protestant Church before joking, “The closest thing I got to [being] Jewish was they clipped the tip.”

He’s finally okay with being bald: “If you’re gonna go bald, embrace it,” said a resigned Joel. “It sucks. I started losing my hair when I was in my 50s. My dad was completely bald, and his father was bald, and I said, ‘Oh no, please. I’m in rock & roll. I need my hair.” That said, he notes his hobbies, like his motorcycles and his dogs, have kept the aging process healthy.

He’s patched things up with Elton John: “I think there was a misunderstanding. He thought we were going to continue the [Face to Face] tour, and I had no intention of continuing the tour.” He then revealed, “We spoke and had a little Godfather talk.” The two are on good terms now.

He used to hate the sound of his voice: “I like [my voice] better now than I used to. I don’t think of myself as a singer,” Joel said. After Stern worried about Joel’s lingering smoking habit, Joel laughed, “It’s terrible for your voice.”

He was going to form a soft-rock supergroup with Sting and Don Henley: Joel couldn’t think of “another guitar player, I don’t remember who it was” who would join the band. But, he left open the possibility for a new group because he explains, “I liked being in a band. Someday we might put together a silly super group.”

He’s got some lame, self-aware jokes: When discussing his hip replacement, Joel explained, “I took three years off. I had to get a hip replacement.” He then quipped, “I got a double hip replacement, and now I’m twice as hip as I used to be.” Fortunately, he’s pain free now. There were other humorous bits, like Joel’s impressions of Elton John and Rod Stewart, his levity about people covering “Piano Man”, as well as some serious shade thrown at Ted Nugent.

An eclectic cast of musicians also made appearances to perform songs from Joel’s oeuvre. Idina Menzel sang a vocally ambitious duet with Joel, “Honesty”, Pink! played “She’s Always a Woman”, a song that soundtracked her wedding, and Melissa Etheridge took on “Only the Good Die Young”. Boyz II Men covered a medley of Joel’s “The Longest Time” and “Just the Way You Are”. Closing out the show was Tony Bennett, who performed “New York State of Mind”. For his part, Joel sat behind the piano for solo takes on “Vienna”, “Summer Highland Falls”, and Procol Harum’s “A Whiter Shade of Pale”.

Listen to the entire interview below: