You want to look away, but you just can't. 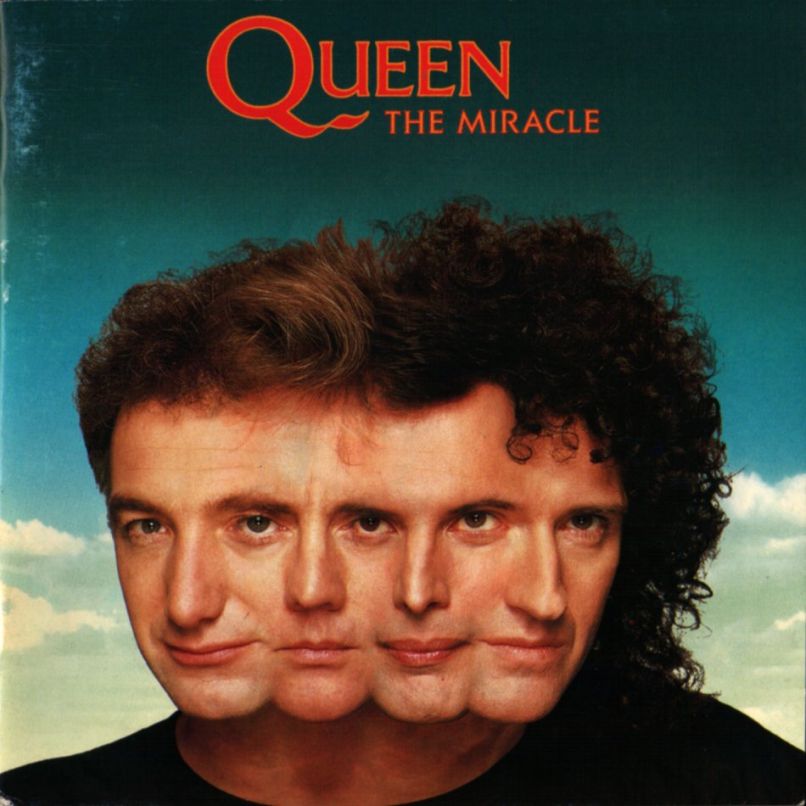 What can I say about 20 Outrageous Album Covers Volume Three that wasn’t already mentioned in Volumes One or Two? You know the drill. These covers are garish, grotesque, racy, and just flat-out flabbergasting. Poor taste abounds once again, and at least one of these covers will likely cause you to rethink your life in one way or another.

Here’s something, though: how I finalized which album covers (all proposed by our staff) to include. Want to hear? Don’t worry. It’s short.

Author Nick Hornby (you know him as the author of High Fidelity), when not working on novels or essays, also reviews records. In his essay collection 31 Songs, he explains how he chooses which records to review. Album covers are a primary criterion. For instance, if the album cover features severed body parts, acts of sexual perversity (with or without animals), or the emission of one or more bodily fluids, Hornby simply passes.

So, with each submission, I simply asked myself, “Would Nick Hornby review this record based on the album cover?” And the result is Outrageous Album Covers Volume Three. In the following pages, you’ll find absolutely nothing that would appeal to a polite, middle-aged, English pop enthusiast music critic. Incidentally, I select restaurants and fall jackets the same way—so, there’s that.

We all know that Dimebag Darrell is seated on a pearly throne in Heaven smiling down on us mere mortals. But we should take pause and reflect back on his band’s creative choices. Metal Magic was Pantera’s debut album. The sound is not quite fully realized, but its cover art is a true masterpiece. And by masterpiece, I mean it looks like an ink job that a tweaked-out biker would plaster on his saggy left calf at a discount flea market run by a tattoo artist who not only uses one of those middle school squiggle pens but also suffers from an early onset of Parkinson’s disease. RIP, Dimebag. I’ll be seeing you soon. –Dan Pfleegor

The Mothers of Invention – Weasels Ripped My Flesh

The nightmarish pop art that adorns the cover of The Mothers of Invention’s 1970 release, Weasels Ripped My Flesh, was the work of American illustrator Neon Park, who was also responsible for a great many Little Feat album sleeves. Frank Zappa showed Park the cover of a 1956 issue of Man’s Life depicting a man up to his waist in water being attacked by weasels and challenged him “to do worse than this.” Park responded with a parody of a Schick electric razor ad that, despite record exec nervousness, became an iconic album cover of the time. There is a redeeming humor and subversion to it that counters the squeamish element, though the image still retains the power to shock. Either way, it’s way better than the German version showing a metal baby caught in a rat trap! –Tony Hardy

Expect this to be weird. Only there was no need for a day-glo sticker to be added; this surreal and mostly disturbing album cover says it all, a perfect accompaniment to the experimentalism of the music therein. The image of the trout mask replica is as literal as it is absurd. Artist Cal Schenkel actually used a hollowed-out carp’s head, which the good Captain modeled for over two hours, including a break to play saxophone through the fish’s mouth, while Schenkel took photographs. The thought of it being a real studio shoot as opposed to a mere photo comp adds to the grotesque feeling you get when you stare at the cover. After a while the fish eyes start to follow you around the room at which point you make an exit and put on a Wild Man Fischer record to restore a semblance of normality. –Tony Hardy

If you ever need a quick and easy way to explain cognitive dissonance to somebody, just make them look at Big Bear’s cover, a meme before memes fully became a cultural thing. It’s nearly impossible to explain what the hell is happening here, why these bears have smoking jackets, exactly what thangs Big Bear is doin’, whether Big Bear is the dude or a crew comprised of him and the four bears on this cover. But then, what of the two bears pushed into the background? Were they the Michelle Williams of Big Bear? –Dominick Mayer

Ladies and gentlemen, welcome to flavor country! Western swing-time troubadour Tex Williams made a name for himself with a unique take on talky blues dressed up with harmonica flare and plenty of nicotine. Tragically, Williams died in 1985 of pancreatic cancer. Go figure. –Dan Pfleegor

Any collection of outrageous album covers is scarcely complete without a nod to “Weird Al” Yankovic. The master parodist is at it again with this zenith of a take on Nirvana’s Nevermind. Here Al is tempted by the bait of a donut rather than a dollar, but the image of him naked in the water approaching the sugary treat with the single-mindedness of a shark is surely one you don’t easily dislodge. –Tony Hardy

Those Darlins – Screws Get Loose

Perhaps a self-fulfilling prophecy, but this sophomore album from Tennessee trio turned quartet Those Darlins got picked on quite a bit. Mostly for coming across as bratty, juvenile, and simply put, a band undergoing severe public growing pains. “Good thing I cleaned my nostrils for this – would have been reeeeally embarrassing otherwise.” –Lior Phillips

The enigmatic duo Detroit Grand Pubahs made a career splicing their raw techno beats with comedic absurdity, but nothing was quite as outrageous as the cover for their second full-length studio release. With a title seemingly pulled from the worst sci-fi B-movie of the 1960’s, the artwork for Galactic Ass Creatures from Uranus certainly wouldn’t have been complete without a pair of 100-foot-long legs shooting lasers from her asshole-turned-eyeball. –Derek Staples

Project Pat is down for his crown, man. The once notorious but now straight-up most huggable member of Three 6 Mafia — as well as older brother to group founder Juicy J — always knew how to stack the green. In this case, Pat is seen making a cashback withdrawal from a local convenience store. On the one hand, he is committing armed robbery, which is a felony. But on the bright side, he’s found a clever way to avoid those pesky gas station ATM fees. –Dan Pfleegor

A reminder that nudity was not universally embraced in a retail context is evidenced by the cover to Jimi Hendrix’s 1968 double album, Electric Ladyland. Hendrix initially wanted it to feature a shot of the band by the Alice in Wonderland sculpture in New York’s Central Park, surrounded by children. Instead the record was released in the US with a blurred head shot of the artist while UK record buyers were treated to a bevy of naked ladies across both sides. The latter release on the independent Track label courted as much controversy as lust at the time and was personally disliked by Hendrix. My abiding memory as a 15-year-old, however, was that the woman second left on the front looked a lot like Janet Reeves, the girlfriend I craved but didn’t have. I wondered if she looked like this naked! –Tony Hardy

Millie Jackson – Back to the S**t!

This 1989 album would have gone straight to Number 2 on the charts if Millie hadn’t swallowed her vocal chords, got them lodged in her rectum, and was now clearly singing out her ass. I always like to think in situations as demanding of my attention as this one, not what the absolute crap is happening in front of my eyes, but what the absolute crap was the photographer prompting? “Millie darling, won’t you be a doll and take one of the shoes off? Yes! The light is hitting your poo face perfectly now 3…2…1 and releeease.” –Lior Phillips

It’s safe to assume the words “shocking” and “confrontational” were among those involved in deciding the album “art” for Death Grips’ No Love Deep Web. An LP whose composition is every bit as in your face as the photograph on the front. Quite the feat when that photo features a semi-erect penis with the album’s title etched across it in black sharpie. –Kevin McMahon

Sisters Bianca and Sierra Casady’s work as CocoRosie flits at the intersection of the grotesque and the innocent, their often childlike voices dipping into bizarre, surreal, and generally odd themes. So, yeah: That’s a fridge-ready drawing of three sexually interlocked unicorns, the middle one with a rainbow exploding from its horn, the bottom vomiting multi-colored droplets. Duh. –Adam Kivel

Black Flag – What The…

Black Flag’s catalog has some of the most provocative and excellent artwork to come out of the punk scene thanks to artist Raymond Pettibon. And that’s what makes What The… so tragic – well, aside from a number of other things. Vocalist Ron Reyes designed the Microsoft Paint-invoking cover. Poorly drawn or intentionally bad cover art is a very punk move, but the cross-eyed blob and stock stencil font on this record is a perfect summation of how fans felt about Greg Ginn’s tarnishing of Black Flag’s legacy. –Dusty Henry

Ever wonder what a child conceived by Queen band members (left to right) John Deacon, Roger Taylor, Freddie Mercury, and Brian May would look like? Me neither. But apparently the child would have four chins, share five eyeballs, and give off the wicked impression that Deacon and Mercury were secretly aligned in a plot to squeeze Taylor out like a pimple. Crazy genetic questions aside, I’m more curious about what this Queen offspring would say to his barber. Facial hair would probably lead to a turf war. –Matt Melis

Classic two-bagger: one bag on her head and another on your own, just in case her bag falls off. –Dan Pfleegor

The Slits were a British female punk band formed in 1976. The music was raw and wild; a strange hybrid of punk and reggae, but the songs spoke more of freedom and empowerment than sex. So, in a sense, the cover of the band’s 1979 debut, Cut, showing the trio warrior-like sporting loincloths, bare-breasted, and covered in mud, was something that you might expect a seedy male music exec to come up with rather than some forthright young women. Whoever’s idea the post-mud wrestling pose was, it didn’t go down well with absent drummer Palmolive who exited the band. However, it is still a striking image today: proud, fierce, independent, and dare I say damn sexy, too. –Tony Hardy

Ariel Pink’s Haunted Graffiti – Round and Round

Clean up on aisle WTF. If you’ve just joined us, this is an animal locking lips with a human being. We want to think that this is a kind, young man in an embrace with a fellow person, wearing a fox mask. But unless the fox is coming around at night with a delicious pot roast, gently caressing you on the knee, and telling you that you’ve lost a lot of weight, this is madness. Of course, the cover is superbly illustrated, and this album from Ariel Pink is by far his most accessible body of work to date, but there is no need to kiss your spirit animal like this. –Lior Phillips